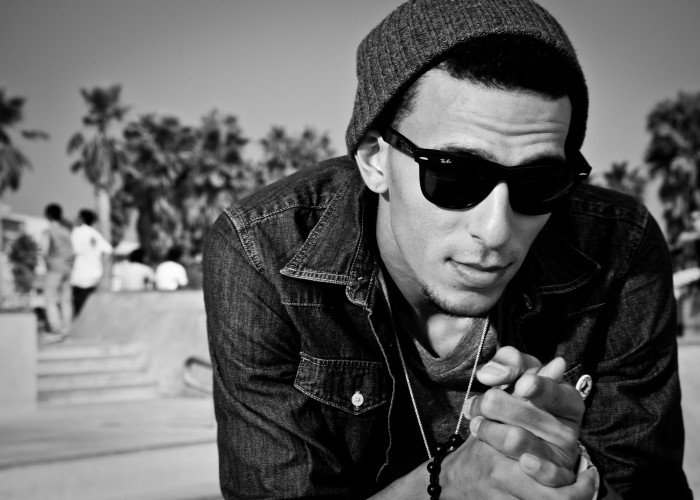 What up Khleo aka Mr Slick Livin, talk to the people man, your buzz is crazy right now.

You are an actor turned rapper, what movies were you in and why the transition?

I’m glad you asked because that’s actually a common misconception. Ive actually always done music. I just didn’t know the proper way of releasing it to the people. HOLES was my break out film, and even with that, I wrote the theme song for the movie. So I came out doing both. After HOLES came WALKING TALL with The Rock, Roll Bounce with Bow Wow, Dirty with Cuba Gooding Jr to name a few. I’ve also done a lot of TV. ER, CSI: Las Vegas, Sons Of Anarchy, 90210. Its a long list.

Who influenced you musically?

You have hit some major stages in a short period of time, describe your performance.

Every time I’m on stage, I wanna give a performance thats nothing but pure energy. I wanna leave the crowed hyped to the point they want more. Being on Bow Wow’s Scream Tour & Chris Brown’s Up Close & Personal tour I got to rock full on sold out arenas. So all I know when I hit a stage is make the crowed move & scream.

Within the saturation of most artists these days you have found a way out of the darkness and have truly use the internet to your advantage, why do you think people want to follow/like you and your movement?

I believe people relate to me & my movement because its just whats been missing. Ive created such a strong following because I relate to my fans. Ive released songs that most of my fans have either gone through or look at them as advice. I continue to interact with my fans on twitter non-stop every day. They get to watch my recording process in the studio via Ustream. They see all of me, and appreciate the realness.

You recently dropped a mixtape with Coast 2 Coast called ‘Slick Living’, what can we expect from this offering? Are you currently working on an album? How will it differ from your mixtape work?

SLICK LIVING to me was a free album. All original beats, all originals content. My fans had been waiting on another full project from me for close to a year. So it was a gift to my fans to hear what Id been working on, and what the future has in store. Just a sneak peak. Im currently working on an album, as well as getting prepared to release my radio single. My album will be something epic. GUARANTEED.

‘Slick’ is the new video, very fresh video I may add, whats the general concept of the video and what did you want to accomplish visually to impact the reception online?

Thank you, I appreciate that. The concept was to show me in a day in the life. Slick Living in LA. All the hot spots of getting fresh, beautiful girl just showing how I do things.

‘Girls Gone Wild’, is the next up (I need in on this video shoot FYI) whats the promo rollout for this song/ video and how will is set you up going into the summer?

You’re more then welcome to come through and check out the mayhem. The roll out consists of me on my first radio promo run, along with making the girls go wild city to city. Spring & Summer is Slick Living time.

FRK apparel is the new clothing line you recently started, you are a multi tasker and mogul to be, why clothing?

Fashion is something I love. So to be able to start FRK Apparel, and release some real slick T’s as far as the graphics is a dream come true. Not only that, my fans have been wanting for some merchandise for a long time. FRK is just the beginning.

Break down the walls to let the people know that ive been doing this. I got a team who believes in me 100 percent and we are gonna continue to work hard and make 2012 belong to #TeamKhleo.