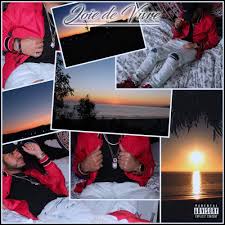 “Always Lookin Fly As Fuck” is a music video that chronicles a day in the life of Trip.

Meet the 22 year old, fiery and provocative – Trip – a new South Asian rapper from Los Angeles. New to the scene yet experienced, Trip has been rapping since 2014 due to a very peculiar turn of events. He released his first single in 2015 and has progressed ever since. He has slowly built an increasing fanbase while honing his talent for the masses. Trip pushes Rap’s boundaries and reinvents supposedly concrete mechanics within the Hip-Hop and Rap musical genre. Trip has also been gaining traction by way of his Triller and TikTok videos, where he showcases his eccentric, quirky personality. Once you get some, you can never get enough.

President, E.I.C. & Content Manager for Get Your Buzz Up - Digital Media Specialist For Independent Artists
@blitzb_60505
Previous P3$0 – Halloween @P3soSoForeign
Next Tommy Thirteen – Did You? @RIP0riginal13