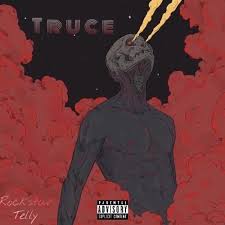 Rockstar Telly’s project is called Truce, it was originally called “Coming Soon” but then he made the tape a sort of white flag but not really. To him, the tape signifies how he’s done beefing with folks, no negativity, no drama, etc. He’s calling a truce musically.

Rockstar Telly is originally from Nigeria, he moved here when he was 9 years old due to the fact that he and his mother won a visa lottery to the Us. But it wasn’t until years later that he developed a real passion for music. He sees music as his way out and he claims, “I ain’t come all the way across the ocean to not be shit so watch me take flight.”