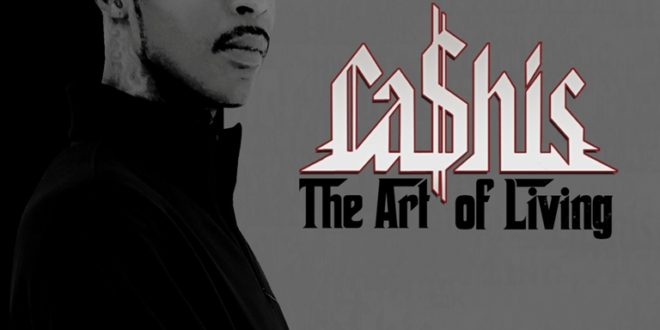 Some of us are born destined for stardom and while he has experienced just about everything the music industry can throw at you over the course of the last decade; Ca$his certainly falls into this category.

Discovered as a teenager, Ca$his ascension happened rapidly, as he was signed by Shady Records and thrust into a starring role as Eminem’s new protégée on the Shady Records Platinum selling compilation Eminem Presents: The Re-Up (2006) where he appeared on six tracks; including his scene-stealing solo-track Talkin’ All That.” His debut Shady Records project, The County Hound, was released in 2007 and featured production from Eminem on all but one track from the EP and included Em as the only featured guest (“Piston Poppin”) on the project.

After experiencing delays with his Shady Records debut album, Ca$his secured his release from the imprint and officially released his debut album, The Art Of Dying, in 2012 which included appearances from The Game, Royce 5’9” & Rick Ross and production from Eminem and his long-time collaborator Rikanatti.

While some may label The Art Of Living as Ca$his comeback project, he has built a loyal fanbase over the years and he still churns out a million monthly listens on Spotify, Yet, there is no disputing that The Art Of Living is the album that Ca$his fans have been waiting for. The project is a triumphant return to form, highlighted by forthcoming singles “What Ca$his About, “Look At Him, “Pacen” & “Parlay.”

The Art of Living is the first installment of my Ca$his Art series trilogy. It’s my best album to date and rare art” the Chicago born emcee who now resides in LA, CA commented. “The vibe is all me, as I made a conscious choice to not have any guest features. I want to showcase that I have a variety of vibes and musical styles. My comeback is based on my own work and not a compilation album, ya feel me! This album is all about the name on the front of the album. All you have to do is press play; the music speaks for itself.”

Ca$his now debuts his second single “Pacen.” With “Pacen,” Ca$his vents and declares he is “part man, part ink and destined for success.”

President, E.I.C. & Content Manager for Get Your Buzz Up - Digital Media Specialist For Independent Artists
@blitzb_60505
Previous With the release of the dark, 10 track “Nachferatu” album, Nacho Picasso drops the video for the sinister “I Wanna Die 2” – @NachoPicasso
Next Precyce Politix & D.R.U.G.S. Beats land a brutal 1-2 punch with their dual visual for “Calamari / Pagers” – @precyce