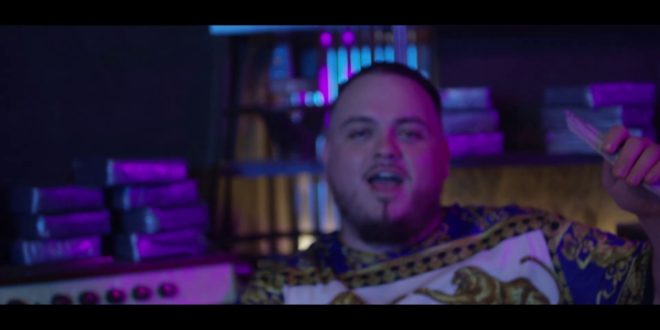 After building a solid following on the battle rap scene, Interstate Fatz is hoping to expand by providing fans with music that goes beyond just incredible lyrics and brazen bars. Breaking open the door with a whole new single titled, “RE UP,” Interstate Fatz delivers what most fans of his music have long awaited – commercial friendly music.

Growing up on the East side of Las Vegas where he was often in a minority as the only white kid, Interstate Fatz, was challenged early and often forcing him to grow up fast using battling as a means of survival. Quickly making a name for himself on the battle rap scene in Vegas Interstate Fatz eventually made his way to BET’s 106 & Park earning him not only notoriety in his own city but across the globe.

Despite a few legal setback while living the fast life, Fatz is determined to persevere regardless of his legal troubles. Most recently Fatz destroyed a freestyle on Bootleg Kev’s Real 92.3 show, calling out the whole industry and putting everyone on warning. The video earned viral looks on AllHipHop, Siccness, WeRunTheUnderground, HipHopEnquirer and more. Watch the video below.

President, E.I.C. & Content Manager for Get Your Buzz Up - Digital Media Specialist For Independent Artists
@blitzb_60505
Previous With a recent name change, Xzaye offers up something “Different” with the aid of Aubrey King & JunkieMunkie – @Xzaye_
Next Sullee J looks to magic to transform into an animated character in the video for “David Blaine” – @SulleeJustice