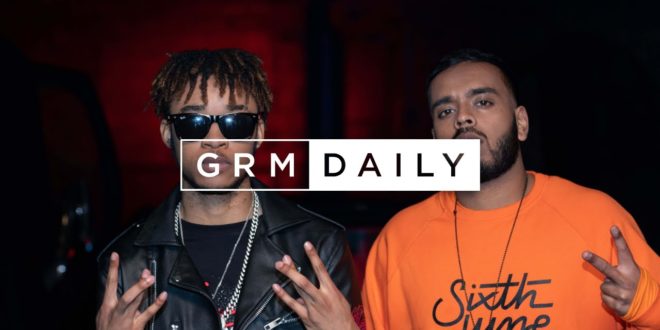 Tevan has his mind solely set on success and his love interest in his latest video, “Anyway”, featuring JoJo HD

Introducing himself in the music world alongside top YouTuber JoJo, Tevan drops his freshly coined ‘desi-swing’ sounds in the official video behind “Anyway”.

To give you the low-down, Tevan was born to Sri-Lankan parents some 21 years ago, and was raised in Croydon. The young star relocated to Bulgaria to go to University where he met a girl and fell in love but things took a turn for the worst when her family were unaccepting of the relationship. Fast forward to 2019 and the result of Tevan’s influences and affairs of the heart have been wrapped up and captured in this snappy debut number from the man himself.

Hugely proud of his both his Sri Lankan heritage and his Croydon roots, Tevan has collaborated with a bunch of awesome music peeps to bring ‘Anyway’ to life. Working with Hot Money Studios, the production is a hip-swaying mix of afro-swing whilst paying homage to his own heritage via the Indian tabla within the beat. YouTuber ‘JoJo’, who has also recently debuted his musical talents with his release of ‘My Queen’ on GRM Daily and hit almost 1 million views, joins the squad with an impressive feature verse. Finally, to put the icing on the cake and bring the all of the elements to life with the crispest and clearest of masters, the one and only Chris Athens, who has leant his ear and touch to everyone from Drake and Rick Ross to Wiz Khalifa, Jeezy, Usher, N.E.R.D. and Erykah Badu.

With the video premiering exclusively via GRM Daily on 8th February and the track available on DSP’s now, Tevan submits a serious case for his debut with ‘Anyway’.

President, E.I.C. & Content Manager for Get Your Buzz Up - Digital Media Specialist For Independent Artists
@blitzb_60505
Previous JBAN$ explains what it’s like to spend a “Nite With A Star” on new single from his forthcoming album, “Kids in Space” – @Jbans2T
Next Fab Santana lives the life of a “Rolling Stone” and expresses his angst over a sped up, soul sampled instrumental – @santana_fab