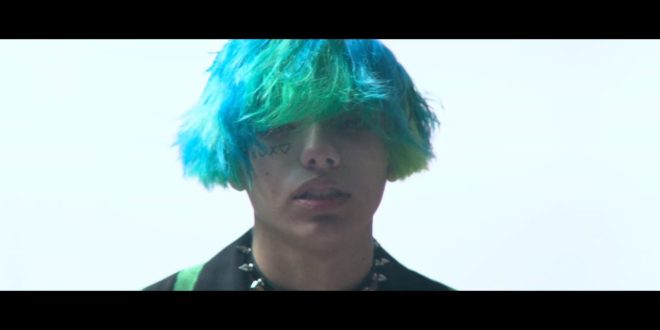 JUMEX unleashes a video for his “Loner” anthem, the alt rock fusion was directed by Kyle Cogan and himself – @lovejumex

The “LONER” video picks up where his 4-million viewed “TRAPPED” video left off, in his childhood bedroom and follows JUMEX to a Valentine’s Day dance where he performs – a concept conceived by JUMEX and co-directed by JUMEX and Kyle Cogan. “LONER” speaks to JUMEX‘s heavy influences My Chemical Romance and Kurt Cobain while also featuring a cameo in the video from Lil Peep collaborator Makonnen as his ride to the dance.

JUMEX’s “TRAPPED” video closes with ​“Are You A Loner, Do You Feel Trapped, Call, FaceTime or Text me: 630-670-7289.”​ The message resonated and he began receiving thousands of texts a day from fans in need of connection. In response to this JUMEX has partnered with ​Chicago based suicide prevention and mental health education non-profit, Hope For The Day.