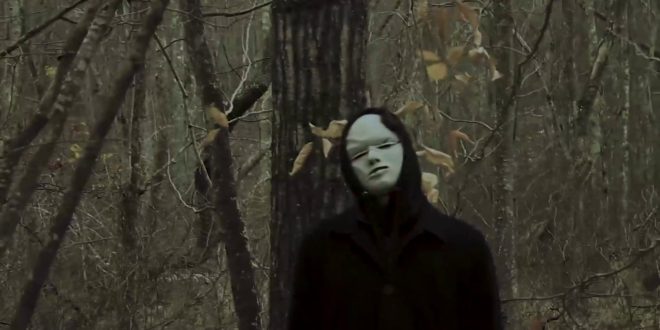 L30R aka Jim Scary conjures up a “Mystic” video with theperfectshot, matching the eerie piano production of iBoi Beats – @therealL30R

“Mystic” sees Strong Island NY spitter L30R (aka Jim Scary) bask in the macabre of self-destruction and uncertainty. Set in Mystic Connecticut’s dusky wilderness, theperfectshot visuals (edited by Ryan Pham) provide an eerie backdrop that compliment Scary’s internal strife and iBoi Beats’ brooding production. “Mystic” is a self-described descent “into the darkness” that sees the masked emcee “drowning” while the angel on his back attempts to intervene. It will serve as the introduction to a 5 song project called “Groton”, slated for a January release.

Long Island, NY emcee L30R began his musical endeavors as a keyboard toting toddler; he also played piano and picked up other instruments along the way (most prominently, the drums). L30R began rapping at the age of 16, inspired by artists such as MF DOOM, Tech N9ne, and the Odd Future collective, eventually developing a style all his own predicated on stony, drawly lyricism.

President, E.I.C. & Content Manager for Get Your Buzz Up - Digital Media Specialist For Independent Artists
@blitzb_60505
Previous Loso Loaded goes “Full Throttle” on new single, leaving nothing behind but tire marks and smoke – @LosoLoadedVL
Next Chong Wizard continues his universal quest for the hip hop infinity gauntlet by adding the “Reality Stone” to his already required “Power Stone” – @DJChongWizard