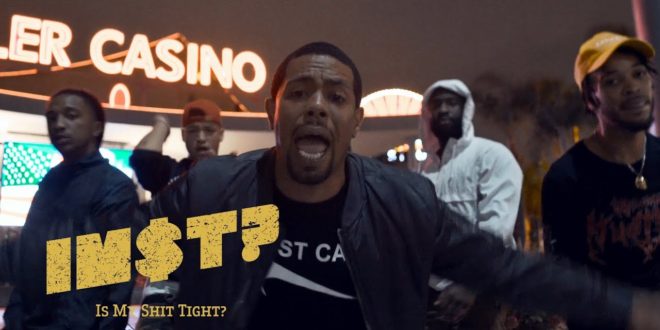 Later this Fall 18′, Rising Boston artists AB Soarin and FreshfromDE [via Delaware] will be releasing their upcoming sequel EP, “The Leftovers 2”, which is a follow up to the recently released “The Leftovers”. Last month they hit you with the MizzoTheO featured single “All There” and the inspiring trap anthem “Pack It Up” video produced by Missing Link. The duo are maintaining that consistency as they drop yet another visual from the extended play, the Len Luciano directed “Forewarning” featuring long-time collaborator and hometown rapper MizzoTheO, produced by Ayydot x Tee-WaTT. Catch the vibe below.

President, E.I.C. & Content Manager for Get Your Buzz Up - Digital Media Specialist For Independent Artists
@blitzb_60505
Previous Don’t let the wheelchair fool you, AMG Manson is down to “Show Sum’em”, check the Remedy featured visual out – @AMGManson @Remedy415
Next StressGods drop their debut single “Guess Who”, what better title could you ask for? – @StressGods