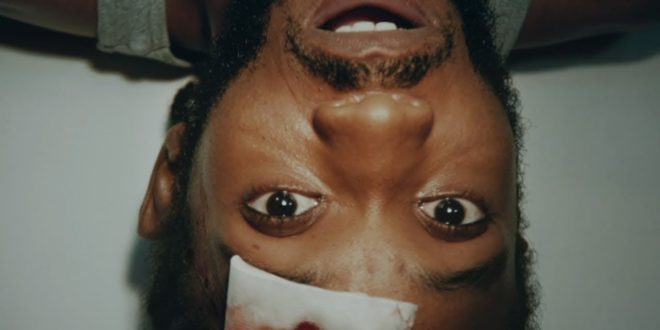 TwizzMatic shares the official video for “Only Child Syndrome”. The producer/MC samples Erykah Badu’s iconic early 2000s hit, “Didn’t Cha Know”. While staying true to his roots he introduces a new audience of young fans to the nostalgic feeling that hip-hop connoisseurs rave about. The official video, directed and edited by TinaMusicAddict, follows TwizzMatic through his perspective of what the world looks like from the eyes of an only child.

While it’s been nearly 3 years since the release of his last mixtape, “Street Life And Video Games Vol. 2 “, over the past year, TwizzMatic has generated a buzz on Instagram by developing a weekly video freestyle segment #MaticMonday. To date Twizz has gained thousands of followers, a significant amount of likes, comments and responses. Recently he was recognized by Slaughterhouse/Shady Records rapper Royce Da 5’9 when he did a freestyle to Royce’s latest single “Boblo Boat” featuring J.Cole.

With the attention from a newly found fan base, TwizzMatic reverts to his original songwriting and producing style while bringing a mix of old flavor for #MaticMonday. Check out “Only Child Syndrome” on Youtube here.

President, E.I.C. & Content Manager for Get Your Buzz Up - Digital Media Specialist For Independent Artists
@blitzb_60505
Previous With Army Zenn on the beat, Mardi unleashes a little “Energy” alongside Double A –
Next TOPE recounts his recent tribulations and rebirth on the self-produced, “Never Told You” – @itsTOPE