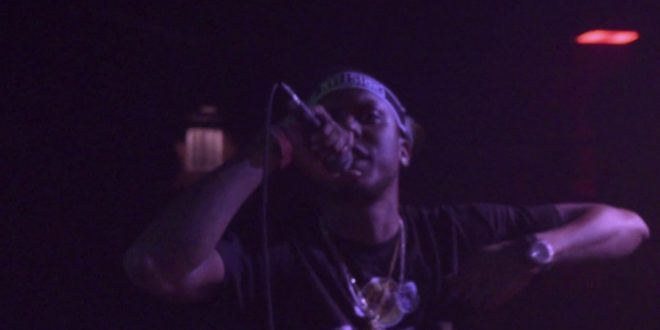 Prezzy Supreme aka Stillz was born in the South Bronx. When he was in high school Damon Dash would give him advice about the music industry and also critiqued his mixtapes. Despite growing up in the projects, his insight made him value education and improving himself. He decided to pursue a degree at Hampton University in Virginia and traveled around the country and cultivated his passion for music by collaborating and working with different artists and producers from ATL, Cali, Miami and Houston.

In his early twenties, Prezzy Supreme lost two of his best friends, one to a drug overdose, the other was murdered in a robbery. Surprisingly, Prezzy’s music became more melodic and upbeat amplifying his focus on positive energy and good vibes. His new single “Too Late” is set to be released in August of 2018. When he is on stage the audience can expect a high octane-fueled performance where he energizes the crowd and commands their full attention.

Most recently, Supreme opened for Rich The Kid in NYC. He landed a direct support slot on a few of the coveted The Diplomats: Dipset Forever 2018 summer tour dates. Prezzy Supreme also did a stand out performance at the Global Dance Festival in Denver, CO. Once heard, his lyrics will echo in your mind like his name is not to be forgotten.

President, E.I.C. & Content Manager for Get Your Buzz Up - Digital Media Specialist For Independent Artists
@blitzb_60505
Previous Kwaku gets more than a taste of his own “Medicine”, barely making it out alive – @ThaBostonBoss
Next Noah Da Don’s 16 track “Ricardo’s Way 2” mixtape portrays his strong, DMV influence thru music – @NoahDaDon1