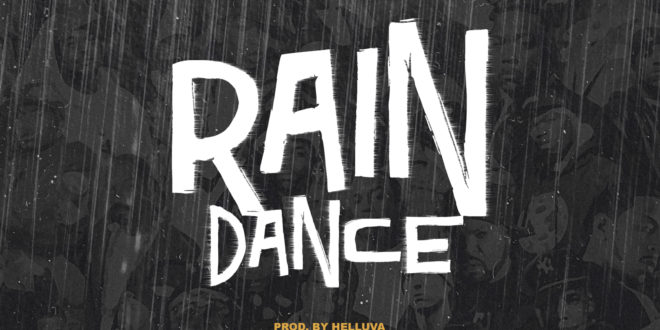 Emerging independent rap artist Cesare has been making a name for himself in the underground scene. Thanks to his dedicated grind, his talent as an emcee and dope collaborations with some well known artists, Cesare has definitely left his mark. One of his talents that’s helped him stand out to hip hop fans around the world is his innate ability to deliver a bilingual flow in both English and Italian. And with his highly anticipated Capo Di Tutti i Capi album due out next month on August 7th, Cesare has begun rolling out some of his new music! For his latest offering, Cesare unleashes a fire new record entitled “Rain Dance” as the next single off his upcoming album. The hard hitting beat for this hot new Cesare Rain Dance single was produced by Helluva. Following up his Una Cosa Di Famiglia single, Rain Dance is poised to be another huge hit single for the rising rap artist who’s now based out of Detroit.

As you listen to “Rain Dance” it’s instantly clear to see, Cesare draws inspiration from his roots as well as his own personal experiences while growing up in Italy. And even though he just premiered his new single, Rain Dance is already climbing the independent music charts. In addition to currently resting at the #6 slot on the Upcoming 100 chart, Rain Dance has also been receiving tons of positive feedback from Cesare’s ever growing and loyal fan base. With two singles already released off the project, anticipation for Cesare’s upcoming debut album, “Capo Di Tutti I Capi”, is at an all time high. So while we wait on his album, go ahead and check out Cesare’s latest single down below.