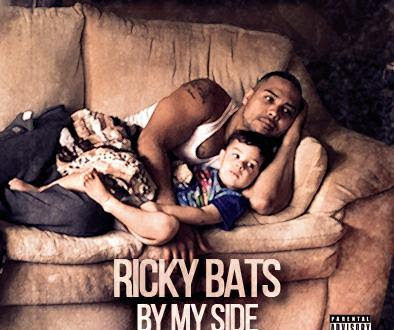 Ricky BATS finds inspiration in Father’s Day and writes “By My Side”, a tribute to his son – @Ricky_Bats As a follow-up to his fire “BATS WAVE” mixtape, Ricky BATS delivers again. Gotham City Music Group’s Bronx-born independent recording artist, Ricky BATS, gives his loyal fans the first record off his upcoming album titled “Visions Of A Prospect”. The first single “By My Side” is a heartfelt hip-hop joint about his youngest son and was released on Father’s Day as a tribute to real father’s everywhere. BATS continues to evolve and you can expect more genuinely relatable tracks on his forthcoming album, currently scheduled to be released in September 2018.

President, E.I.C. & Content Manager for Get Your Buzz Up - Digital Media Specialist For Independent Artists
@blitzb_60505
Previous The Bad Tenants drop an anthem for those that give there all to others but to those same folks, it’s “Never Enough” – @HipHopTenants
Next Shrouded in exotic women, rapper J360 continues “Running Thru The Money” in the official video