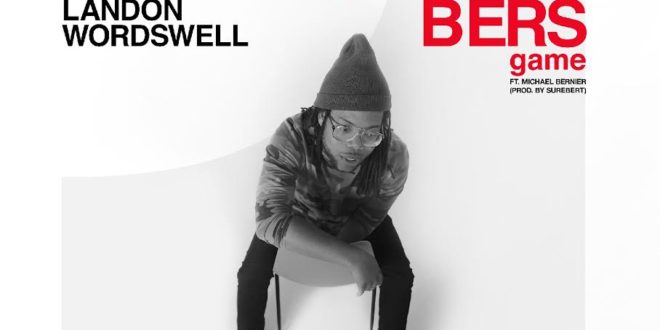 “The Numbers Game” isn’t just the title track, but reveals the ideas and spirit of the album. Michael Bernier brought a subtle reggae touch to the song adding to Surebert’s steely production and Wordswell’s rapid-fire rasp. Landon drew inspiration for the record from Michelle Alexander’s thought-provoking and critically acclaimed book, “The New Jim Crow.” Her ideas and influence are found both in Landon’s lyrical work and his live shows. Conceptually, the album weaves together stories of people affected by “The Numbers Game”, a never-ending cycle of discrimination and economic woes in the United States.

The Emcee has stated, “Corruption is everywhere. The schools, the mass incarceration systems, the justice systems, the hospitals. Every bit of our lives is being manipulated in the name of oppression. Classism is real. Racism is real. We are the culmination of America’s biggest fears and guilts. It’s not something to just talk about. It’s something to be about. Especially as an artist.”

Landon Worsdwell has hit the road often this year with the likes of Talib Kweli and Skyzoo. He’s been the frequent tour partner of Blackalicious’ own Gift of Gab and last year performed with The Legendary Artifacts on a European run as well as a tour with One Be Lo (Binary Star). The Emcee has his sights set on embarking on international travel even more to push the music and the message of “The Numbers Game”.

President, E.I.C. & Content Manager for Get Your Buzz Up - Digital Media Specialist For Independent Artists
@blitzb_60505
Previous Noetic puts points on the board with the NBA themed “GameTime” visual – @Noetic_MDT
Next Info56 illustrates his beloved home town of Detroit in “Southwest” and presents an instrumental project of the same name