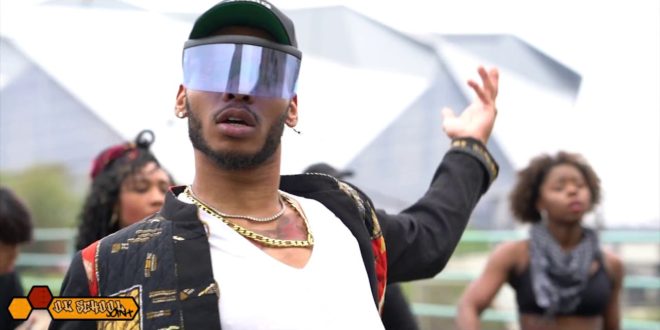 Atlanta’s RETRO returns from the future with a new, Marquis Garden-directed flick for “Money Code Talk”, as he serves as a translator to the almighty dollar bill.

Born Andre Starkey, RETRO started doing music at the age of 9; thanks to his love of R&B which he attributes to his older sisters. Being the youngest of 6 kids, Retro found himself engulfed in music as his way to occupy his time while in his zone. With influences such as The Temptations, Michael Jackson and Chris Brown, to name a few; RETRO began to set himself up to be a well rounded artist before he even knew it. Crediting his mom for his diversity in music. (Thanks to her good CD collection) RETRO presents his music in a deliverable way that is made for those in tune with more than just a beat, but the track as a whole.

With his diverse approach to his tracks, RETRO takes the listener on a journey of understanding, enjoyment, and pure mood-rocking music. Defining his music in one word, “Immortal”, RETRO is making music that will live on forever. More that just a rapper, Retro executes a poetic approach to his music. Allowing his reality and surroundings to flow through his words. He is letting the fans know that Hip Hop as a whole is deeper than just pressing “record.” He ensures to be the best Retro he can be and let it be known that he is him and no one will ever compare.