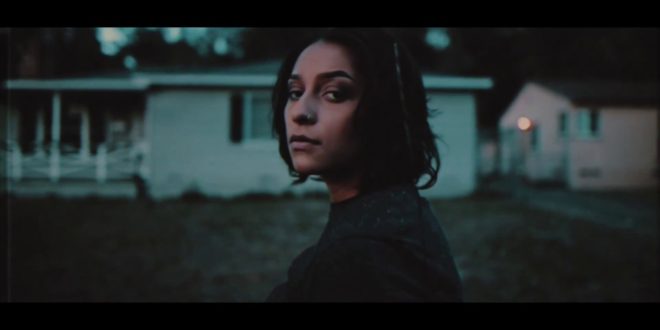 Los Angeles based artist Amber Ryann scoops out your guts with intuitive and conscientious lyricism. With the small coming success and release of her first EP, “Voice Memos”, Ryann plays off the reality of systemic truths and the world behind a looking glass. At a young age she found common ground within the creative arts, not only applying this to her music but to her contributions and dedication to quality visual content. With all hands on deck there is little opportunity in her career to be deemed uninvolved in her own process, she rectifies the definition of self-made and self-produced. Ryann continues to utilize her broad taste and appreciation of music by applying that to her sound, conceptualizing all of her influences as way to create something new with no restraints. Kicking off 2018 with her lasted heartfelt and visceral single “Bye Now”, Ryann shows promise as not only a song-writer but an artist that is unapologetically vulnerable to self expression and truth.

Completely by herself and waiting for someone or something to materialize, Ryann, with red and blue polka dot balloons as her only party guests, lights one up and goes within herself. She takes us through the mental hurdles of being committed to someone on an emotional front but being pushed to the wayside whenever emotion or reliability comes center stage, all through a grainy, lo-fi lens.

Ryann’s storytelling is unique; she’s upfront about what she wants and is not keen on being played. Leaving the room and venturing out into the world with a single, black balloon in toe, her declaration of “bye now” begins to take two meanings: it’s both a goodbye to an inadequate relationship as well as warning that that signs were there all along; that, by now, they should’ve known this was coming.

“The entendre behind “Bye Now” was predominantly accidental but somehow played into the scenario of the song. I feel as though some if not most of us come to a point in adulthood where we realize if we aren’t accepted for all of whom we are in a romantic relationship over time, it most likely is not worth the compromise. The song conceptualizes the reality of relationships and the ultimatums associated with some one with that mentality. I’m basically saying you can’t only love me for my good side, you can’t only love our physical chemistry. Bickering naturally happens, but sometimes it’s like you just end up picking at each others personalities, finding all the weak spots and making up new reasons to fuel the anger along the way. There are things that make us imperfect characteristically, but you can’t use that as a weapon. You should of know these things about some one you commit your time to.