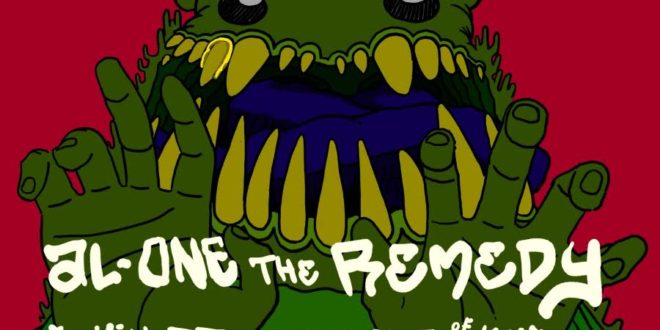 Portland’s Al-One The Remedy is taking no days off since releasing his critically acclaimed project “Sharptongue” and connects with Killer Reese for the Hippie Sabotage-produced joint, “Unstoppable”. A single from his upcoming “Back 2 The Northwest” album, Al-One shows he’s been in the zone lately, effortlessly killing every track he touches. Tapping the talented duo Hippie Sabotage and Killer Reese, Al stretches his wings creatively on the new track.

With Portland’s music scene on the rise, Al-One takes some time to spread love and shine the light on the Northwest region by featuring a wide array of hometown talent on his new album including KP, Joyya Marie, Pele One, Brown Caesar, Uncle Suel, Lovely, TOPE, Big Saages, DJ Flip Flop, Theory Hazit, Rey Holiday, and more. “Back 2 The Northwest” will be available worldwide February 14th.

President, E.I.C. & Content Manager for Get Your Buzz Up - Digital Media Specialist For Independent Artists
@blitzb_60505
Previous Tremaine talks about his “Bag Life” state of mind on new mixtape – @MakeAChange720
Next You should already know that Tsunami Tommy has been “Flowing Solo” since he stepped thru the door – @TsunamiTommy64