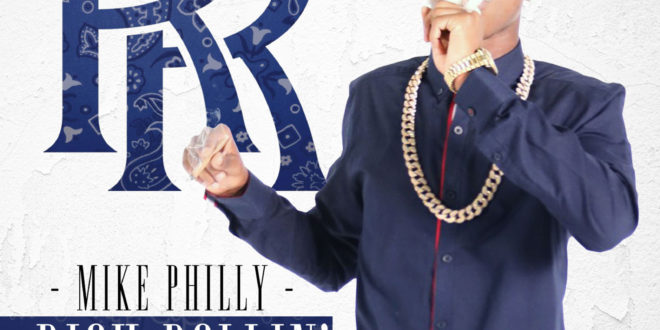 Terrell Jordan, also known as Mike Philly, is a Detroit native currently living in Atlanta. His whole life has been a struggle, as he was thrown into the foster system at a young age after witnessing the murders of both of his parents. One thing that has always remained was Mike’s smile and optimism. A father of two boys and a big brother to nine, Mike grew up faster than the average person and the studio has always served as the perfect outlet for an emotional release.

Mike Philly has since dropped two mixtapes, “Pregame: The Mixtape Before The Mixtape” & “School’s In Session” and has toured throughout various high schools and colleges and most recently performed for West Coast legends Too Short & Rads Kass in California for the Coalition DJs, New Music Sunday. 2018 will be an aggressive year for the 23-year-old rapper as he releases his new project, “Rich Rollin”.

President, E.I.C. & Content Manager for Get Your Buzz Up - Digital Media Specialist For Independent Artists
@blitzb_60505
Previous Justina Valentine makes it apparent that she “Just Don’t Give A Fuck” in Eminem remake – @JustinaMusic
Next Rise & Grind at “8am” sharp with Connecticut rapper, Chino Belefante – @Chino_Belefante