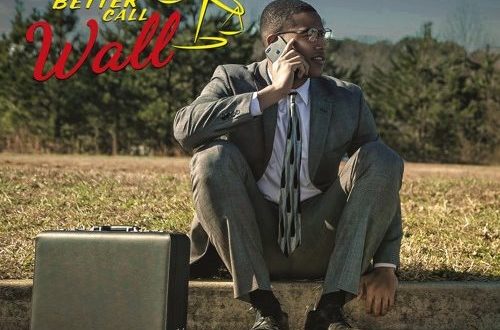 D Wall is a young man with quite a unique story behind him. Born in Landover, Maryland but raised in Metro Atlanta, Wall is known for quietly establishing himself as a top athlete, playing football at Georgia Tech and then being drafted by the Baltimore Ravens in 2015. After two promising seasons, Darren was suspended for at least one year by the NFL for violation of their substance abuse policy. Lost in a spiral of abuse as well as serious mental health battles, he looked to find his true self worth and soon found himself gravitating toward the mic to express himself. Great grandson of the legendary Thomas “Fats” Waller, D Wall is using his time away from the game to better himself, and he’s displaying talents he never knew he had.

He know takes aim at the rap game and debuts his first official mixtape, “Better Call Wall”, a nod to the AMC series, “Better Call Saul”. Executive produced by FriendZ, the twelve track mixtape provides a healthy amount of smooth music that proves Wall has all the makings of a rap star. Stream the full project on Soundcloud.