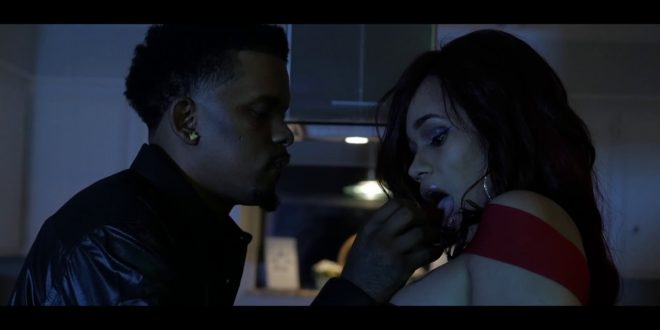 Ladies, if you remember anything that R&B crooner Caesare says in his latest release, it’s to not forget what he discussed with you concerning how to make his “Luv Muscle” work. His music is hot and steamy, some have gone on to say it’s the kind of music that makes babies. He slows the tempo down, sets the mood and commences to croon his heart out. For the video story line, we find Caesare in an undisclosed recording studio laying down the vocals for what we come to know as “Luv Muscle”.

Not too much time takes place when a phone call is received from a stunning young beauty inquiring on his whereabouts. When he informs her he will be later than anticipated, she indulges in a glass of bubbly and that’s when things get hot and heavy. The video commences with a series of risque clips of Caesare and her getting down to business. The highly promising singer’s official video for “Luv Muscle” can be viewed below.

President, E.I.C. & Content Manager for Get Your Buzz Up - Digital Media Specialist For Independent Artists
@blitzb_60505
Previous With a large arsenal of weaponry, Dee Potts shows opps why they’re going to “Take Off”
Next Boston George & K Digga get on their “D Boy” shit for their collab flick – @BostonGeorgeAMG