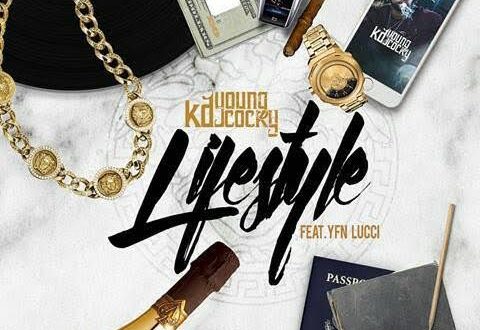 Chicago native Young Cocky takes his talent for writing to the bank. He has a single out right now called “Lifestyle” w/ YFN LUCCI, produced by Lawbeatz, which has been the main focus of late. The artist said his mood was quite relaxed when crafting the piece saying, “I was enjoying where I was at the time and place in my life when I wrote it” and this vibe translates into the accompanying video which includes a storyline exposing the reality of success with a sexy slant.

The premise for the song begs the question, does the infatuation with the subject have real roots, or is it just about enjoying the perks associated with being close to fame. He says many times his writing is directed to the ladies, but mostly he is recognized as a so called street motivator given the circumstance of his upbringing and habit of keeping it real.