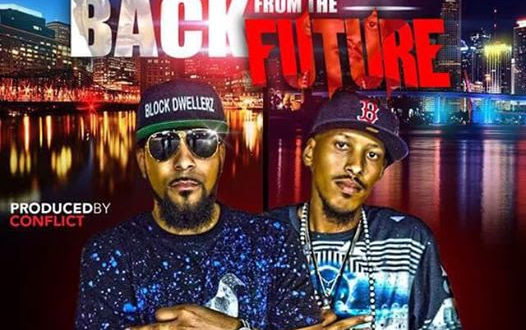 (New Audio)-@DaBlockDwellerz Back From Da Future Brockton, Massachusetts is like most inner cities throughout the country; many either bank their future on sports, drugs or music while very, very few have actually been able to separate themselves. Wifi Connectz and his Block Dwellerz crew have been known to make noise way outside of their city limits after building an internal fan base to springboard off of.

Earlier this year, Wifi took a trip to Tampa, Florida to get out of his typical home element and to begin to expand musically while expanding his network to include a Grammy nominated producer whom we should hear some music with soon enough.

“Back From the Future” is produced by fellow Block Dweller Conflict and features Chief Wisdom on the record with a newly energized Wifi Connectz. Conflict supplies a dreamy, smooth, hypnotic beat and we hear Wifi using a different flow and some auto tune and filter to get his point across.