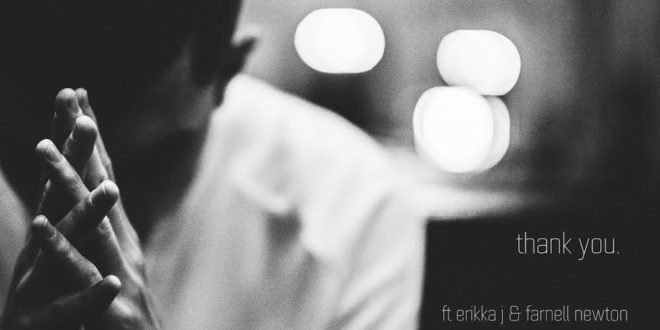 TOPE returns with a new soulful dedication produced by Stewart Villain titled “Thank You”. Featuring vocals from Erikka J and live trumpet from Farnell Newton, the song is simply an endearment record aimed at those that has always stuck by his side. Earlier this year, TOPE produced the Slum Village and Cool Nutz collab, headlined his largest tour to date, was featured on Blu’s “Soul Amazing 6” and collaborated with artists like Mic Capes, Swa Playmaker and more.

Even with thast said, it’s been a quiet year by TOPE‘s standards. “Thank You” gets personal over the beat, speaking on a past relationship and the ups & downs of trying to prove yourself to your partner. The combination of Farnell, Stewart and Erikka makes for a smooth, jazzy feel with the emcee rounding things out nicely. Soak the song up below as the Portland-breed double talent starts mapping out 2017.