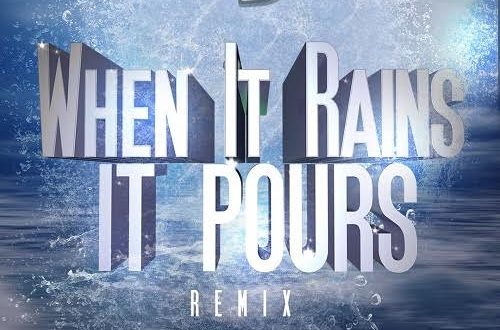 (New Audio)-@JoeyBHipHop When It Rains It Pours (Remix) Joey B of North Chelmsford, Massachusetts is back for week eight of his #16Weeks16Remixes16FreeDownloads game and is on fire once again as he remixes 50 Cent’s ‘When it Rains It Pours”. Joey has released ten songs over the past 8 weeks including an official remixed version of his track with Joe Budden “By Myself” which now features Budden and U.K. artist, Britizen Kane.

He also released a song with Slaine on iTunes called “Rock Bottom To Back”. In a Facebook Live session, the emcee announced his sophomore album “Closure” would be out in February of 2017. He then played a teaser of a track titled “Godly” which features Kxng Crooked of Slaughterhouse and announced that he would be touring Africa as well as Europe. Keep your eyes on Joey B, he is a problem.