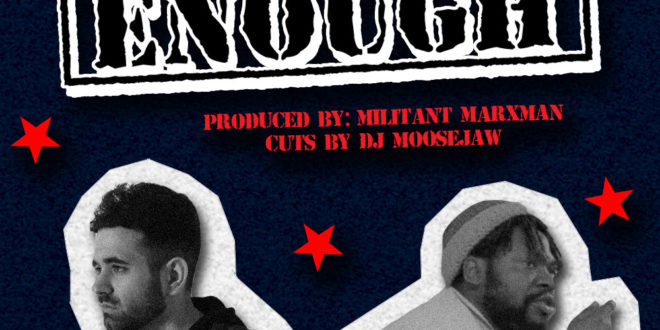 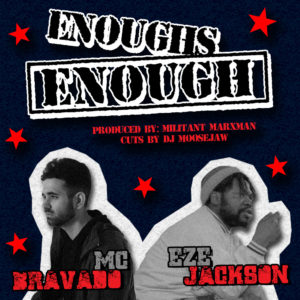 Rapper/English Teacher MC Bravado recruits one of Baltimore’s dopest and most respected voices, Eze Jackson, for “Enough’s Enough”, a vitriolic battle cry for “the other 99%.” One of MC B’s earliest influences as an artist was Nonphixion and it shouldn’t take a seasoned ear long to deduce Brav is echoing their sentiments with his own voice of dissent. The song was produced by Militant Marxman, Bravado’s Cypher Junkies brethren; it features cuts by DJ MooseJaw.

“Enough’s Enough” is more than likely the last “loosie” the Baltimore soothsayer drops prior to the rollout for his upcoming album: Hip-Hop*. “Asterisk”. It will carry features from Nitty Scott MC, OnCue, J57, KONCEPT, DeeJay Element, EP of the Doppelgangaz, Teddy Roxpin, Real Deal, and more; expect it this winter.