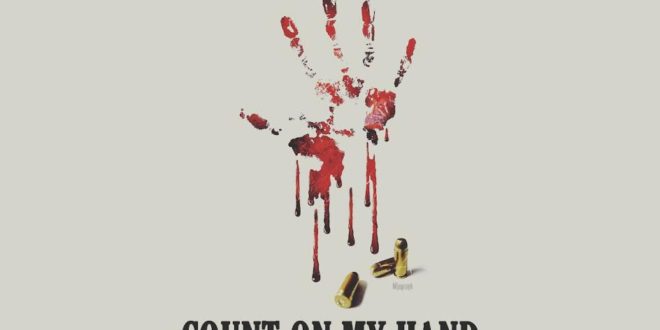 (New Audio)-@ItsKiddKidd Count On My Hand After a creative hiatus following his XXL Freshman Class debut, G-Unit’s lyrical son Kidd Kidd is back with his street anthem, “Count On My Hand”. Produced by TM88, the single separates the real from the fake; calling out all the naysayers, haters and critics. Kidd’s reality based flow is amplified by the record’s hypnotizing beat and gives fans key insight into the man behind the lyrics and a preview of what’s next from his label, RLLNR Records.

Five minutes of raw rap infused with intense lyrical gestures and pure bars, “Count On My Hand” sets fire to the Fall; preparing listeners everywhere for the infamous return of Kidd Count and is the lead single from his upcoming EP, “PEANUT From Mazant. Listen to the track below while checking out Kidd Kidd’s tour dates, which kicks off in Ohio on November 18th.