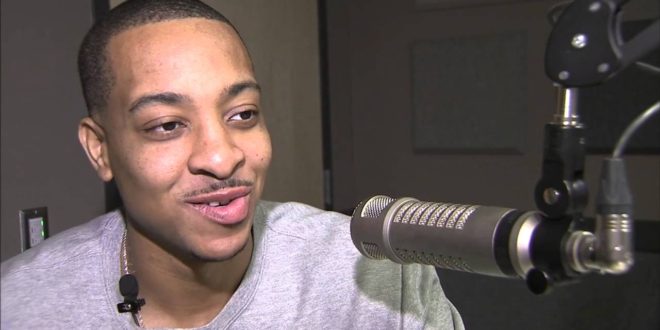 What do Portland, Oregon’s most accomplished rap artist and the NBA’s Most Improved Player share in common? More than you might think actually. Both of them call the NW home, both of them share a love for music, and both of them host a radio show every Friday night called “The Playlist” available on iHeartRadio and Portland’s Jamn 107.5FM.

Having already received praise from ESPN, Complex, and even NBA Inside Stuff for their collaborative show, Cool Nutz and CJ McCollum mix anything from current hip hop, to old school classics, and even some Taylor Swift, by request of CJ of course. While Portland’s other star guard, Damian Lillard aka Dame DOLLA, has decided to step in front of the mic, CJ the DJ took his opportunity when Jamn FM presented the idea to him over a year ago, and it was only right that he was joined by Portland’s most decorated hip hop artist Cool Nutz to co-host.

Having collaborated and toured with some of the biggest names in the industry, plus being signed to two major label contract deals, Terrance Scott aka Cool Nutz is enjoying a 20+ year hip hop career, that like his fellow co-host, keeps improving with every year. With a recent Slum Village collaboration and tours with Bay Area legends Too Short and E-40, Nutz is preparing his new album Pig Ears and Chitlins for worldwide release on October 15th. Handling two radio shows, his own rap career, managing other artists, and a family life, it’s say to safe Scott always has the ball in his court.

Over the summer the Portland Trail Blazers locked in McCollum as one of their building pieces of the future with a new 4-year contract extension, and with that extension comes more playing time for “The Playlist.” Be sure to tune in every Friday night oniHeartRadio, or JAMN 107.5FM in Portland, and be on the look out for big moves from CJ McCollum and Cool Nutz this October.