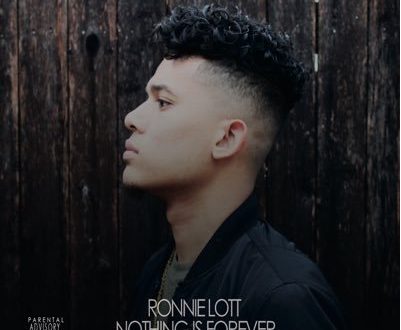 (New Album)-@Ronnielottmusic Nothing Is Forever 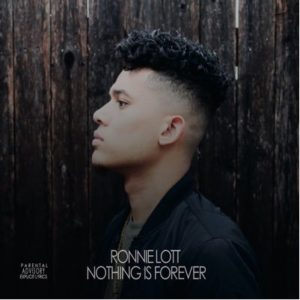 San Antonio, Texas native Ronnie Lott presents his third full-length album “Nothing Is Forever”via Spotify. With it’s release, he hopes to further cement himself as a force to be reckoned with. The project fuses together the genres of Hip Hop, R&B, EDM and Rock in a non-abrasive way that creates an original, yet familiar sound. Ronnie teamed up with Denver producer J-Nice to help create the cutting-edge sound found on “Nothing Is Forever”.

The album carries overtones of Drake and Lil Uzi Vert with hints of The Migos and even a bit of Andre 3000. Your ears aren’t quite sure where the music originated from until you hear Ronnie’s southern, Texas flavor peek through. The first single, “Trophy”, was released on May 30th via Soundcloud and currently has over 65k plays. Accompanying visuals for two tracks off of the new project, “Kris Kross” & “Keyauna”, will be released in the coming months as Ronnie continues to tour and promote his new music. Check out the full length album below.