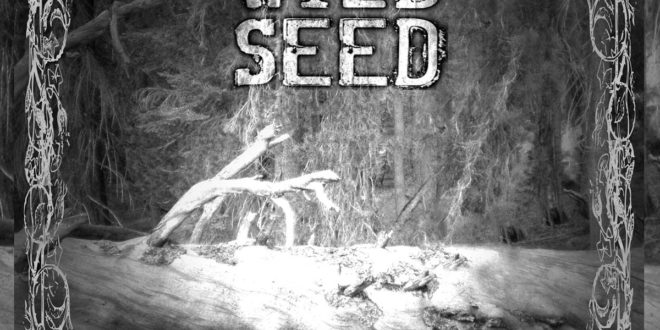 7oddz atomic bomb spitter Clever One steps into solo mode for the fourteen track “Wild Seed” album. This follows up his freshman EP “Let’s Build” and his 2012 mixtape titled “Life’s A Blur”. The production is provided in house by Seven Oddities founder DreamTek and emcee/producer, Save One. If you happen to be new to the Chicago based label, they provide unadulterated Hip Hop constructed in true nineties fashion. GYBU has been providing continuous coverage of the group and thought it was only right to offer up a detailed project review for the underground rhyme bender and his “Wild Seed” EP, which is provided below.

The show begins with the simply titled “Clever Intro” that helps set the stage for the duration of the album and features Clever delivering solid bar work throughout. This leads up to the debut single/ video, “Who’s This?”. Over chilling orchestra strings and tight drums, Clever gives deep meaning behind his moniker and long list of song credentials. The video helps get the point across even more as he revisits his North Chicago neighborhood with DreamTek manning the camera lens.

After hearing only two songs so far, you should get a good idea of what the Chi-City emcee has to offer. Clever than goes into the album’s first barrage of energetic lyricism with “We All Know”, followed by “Gassed Up”. The first song speaks on the current state of affairs, offering up knowledge of awareness. He then delves into “We All Know” cadence mid-song that screams old school influence. It serves as a survivor anthem. The on “Gassed Up”, the 7oddz barbarian murders a smoothly sampled sound bed. It has a strong, smoker friendly influence to it. The chorus speaks about Chicago and how lyrically inclined many of the local rappers actually are. If you get butt hurt about it, maybe it’s time to hang your mic up; sentiments that this track gives off.

This is when Clever hits a lyrical climax on “The Business”, complete with hyped up M.O.P.vocals. This is the artist I heard on 7oddz “Last Days” track. A dead serious Clever One giving weak heart emcees the biz, pure and uncut. A definite standout of the album.

“No One” picks up the vibe of where “Gassed Up” left off. A smooth Jazz vibe courtesy on piano plucks and somber drums sets up some good ole Hip Hop while sneaking in some Spanish lyrics, showing off his seasoned abilities. “Villianz” sees it’s first guest feature and it’s a brolic one from DreamTek. Over a stern instrumental full of daunting strings and keys, Clever and Tek are in prime form as the use the mic device as a butcher knife to madly slash at sucker emcees. Another strong song from “Wild Seed”, a must listen.

At the halfway mark and so far, “Wild Seed” has lived up to my expectations. That’s when the Lauryn Hill sampled “Seasons” begins. This is a song we hear a more pleasant approach compared to the rawness we’ve heard so far. It’s just a fun song based around the ever changing seasons such as summer and winter. Clever also blends in the Chicago state of mind here which turns this into a city anthem. The next lineup of guests is the Wild Western sound of “Past & Present”, which features PozLyrix and Save One. I love the idea behind this as all three artists share their stories of growing up and how music became a major influence in their lives. Again, the strong essence of Nineties Hip Hop can be felt here. The chorus basically sums up the ideology of the song, check it out.

A snippet from civil rights leader Martin Luther King Jr begins the revelations of “Open Eyelids”. This song has an even deeper meaning with all of what’s been happening not just in Chicago but all over America. The beat gives off a spiritual feeling, a song that will definitely get your eyes wide. The assault doesn’t stop there as Clev pens an “Open Letter To The Wack” and puts it to song.

“Torture Chamber” immediately reminded my of a Flatlinerz or Gravediggaz track with an eerie instrumental and chaotic rhymes that sounds like a long lost Wu-Tang working. Save One mans the microphone to warn wack ass artists to “Get Out The Way” with Clever providing the hook. I really love the vintage vibe to this. The album concludes with “Wild Seed (R.I.P.)” as he presents a moving tribute to a loved one lost. Listen closely as Clever works thru the pain to speak about how the loss has affected him.

Wow, Clever outdid himself with this album. It’s as if he revisited his two prior releases, absorbed everything great about them and injected it into “Wild Seed”. He was able to conceive a well balanced assortment of hardcore and classic styled Hip Hop and the beat selection was equally as matched. I look at Clever as a new school GZA and in that mentality, this to me is his “Liquid Swords”. I’d highly recommend this album to any and all fans of true Hip Hop. Listen to and purchase “Wild Seed” below.