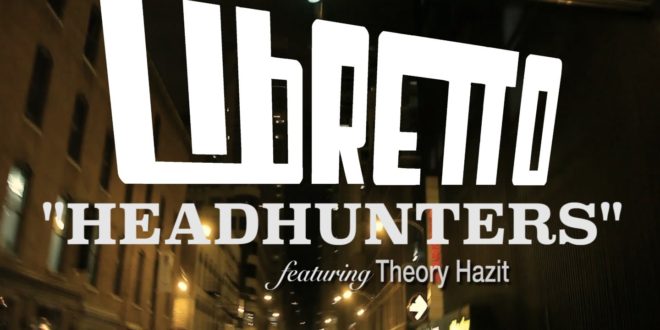 Watts transplant and Portland resident, Libretto has been making his mark on the Hip-Hop landscape since the early 2000’s with his appearance on Lifesavas’ classic “Spirit In Stone” LP (Quannum). As a result of his standout verses on the Lifesavas’ record and work on Onry Ozzborn’s Alone LP, Libretto landed a deal with One Drop/BSI Records to release his debut single “Dirty Thangs” b/w “Alma Matter.” The record was a testament to his vision of merging “pure soul, hip-hop, and urban resonance (Amazon)” and the buzz around the promising emcee continued to build to the point that LA’s Dim Mak Records became interested, and released Libretto‘s next single entitled “Volume” ft. Lifesavas. The song has gone on to be licensed numerous times, including being featured on Tony Hawk’s Underground 2 video game. “Volume” was also one of the 14 songs that comprised Libretto‘s 2004 full length debut LP/CD, “Ill-Oet: The Last Element”, also on Dim Mak Records. Upon release, the record was heralded as “some of the most original hip-hop to come out of the West Coast (Modern Fix)” by publications like XLR8R and URB. Libretto kept busy performing, dropping guest verses, and by putting out conceptual, album worthy mixtapes under the name Kokanut Brown, all the while prepping for his anticipated sophomore release, “The Captain”.

Regrettably, while readying “The Captain”, Libretto’s life and career hit a roadblock with him being convicted and sent to prison in 2011. Fortunately, while on house arrest prior to being locked up, Libretto recorded a tremendous amount of music to be released in conjunction with Liquid Beat Records while he was incarcerated. The releases included the vinyl single “Ride To Dat” featuring Guilty Simpson, the “Stay Focused” EP, “Return of the Blackfist” EP with fellow Misfit Massive member Zoo?, the “Gangsta Boogie” EP, and the incredibly popular “Gangsta Jazz” EP (which found Libretto rocking over strictly Jazz loops).

Upon his release from prison in 2015, Libretto has displayed incredible focus and drive recording a ton of new music, and is now set to drop his next album, “Gangsta Jazz 2” in partnership with Liquid Beat. Written entirely while incarcerated, the album deals heavily with his ruminations while behind bars. Partnering with Theory Hazit and his new imprint Wet Work Music, Libretto is now in the process of prepping new releases as well as unreleased gems from his back catalog.

Today, Libretto returns with the official video to “Headhunters” featuring the one and only Theory Hazit. A dark and gritty visual, Libretto sticks to what matters most – the music. Libretto and Hazit take turns flexing their trademark flow and trading vicious verses over a nasty loop. Be sure to stay tuned to Libretto, Liquid Beats Records and more, as “Gangsta Jazz 2” is set to drop this summer.