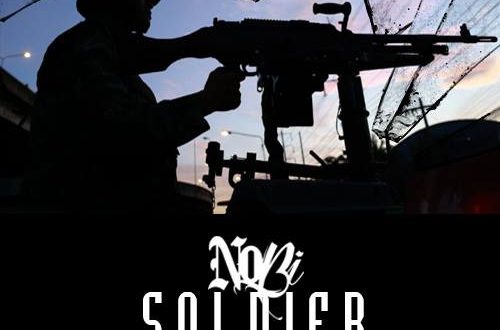 With the announcement of his final studio album “InteGRITTY4” slated to release in June, Gritty Lyf Music’s Nobi unleashes his reworking of Eminem’s 2002 cult classic “Soldier” instrumental. The seasoned emcee hits the mic in full on sparring mode, building his delivery up over the course of the 2:26 long track. The New Yorker is in prime form using clever lyricism and plays on a few of Em’s lines from the og version. Press play and check out Nobi‘s “Soldier (Remix)”.

President, E.I.C. & Content Manager for Get Your Buzz Up - Digital Media Specialist For Independent Artists
@blitzb_60505
Previous (New Mixtape)- @TheyCallMeN8 VIEWS FROM THE VALLEY
Next (New Video)[email protected] Nobody