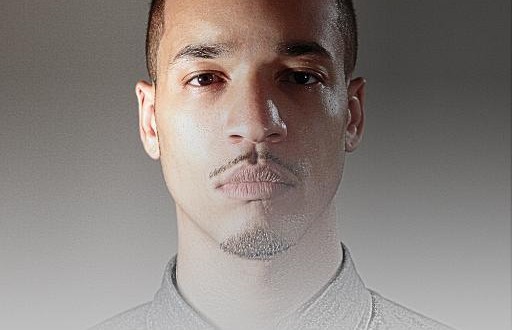 (EP Review)[email protected] The I is a 1 After many solid audio singles, the incredible video for “To The Top” and his current “F1RST Friday” promo series, Massachusetts emcee/ producer F1RST PERSON presents his official debut project, “The I is a 1”. The Springfield resident decided to postpone the release to ensure that every song was as powerful as the next and he succeeded in doing so. Featuring seven tracks in total, “The I is a 1” has virtually zero features, besides Joy Conz who provides the soulful chorus to track one. In doing so, it serves as living proof that the gifted artist can hold his own when it comes to constructing not only music with substance but also when it comes to crafting complete projects. GYBU has been following F1RST PERSON for the past couple of months now and felt the need to give the EP a track by track review. The project begins with the super soulful  “Hello Morning” that serves as that perfect wake up anthem. Fans of Nas’ “Good Morning” record will really appreciate this one. The production is crisp and along with the joyous vocals of Joy Conz, really provide an uplifting feeling. I really liked the way F1RST incorporates the planets, sun and stars into his second verse, it gives the song a dreamy vibe that fits the mood of the record. Then suddenly, the late eighties themed  “Trouble” kicks in and demands your full attention. I love the sample FP flipped on the chorus line and it’s fast paced movement. The drums go extra hard during the verses leading to lyrics like: Yo, this is F1RST PERSON/ coming to close the curtain/ yeah the show’s over as soon as I get a verse in! This song screams old school flare to the fullest and happens to be my current favorite from the EP. Things then move into the controversial “The N Word” that finds the MA lyricist touching on one if not the most hateful racial slurs spoken by man. The song has a strong tone as that of KRS 1 or Chuck D has. This is F1RST’s most powerful song on the EP and possibly of his career this far. In such turbulent times, FP does an exceptional job of providing a multitude of scenarios touching on racism and most importantly the N word. The sample snippets really hit it home for the production.

Check out the riveting lyrics of “The N Word”

“Guaranteed” is a potent go-getta anthem. With a sharp cadence and brash delivery, F1RST gives us an aggressive tone over an insane instrumental constructed of DJ scratches, intense drums and solid Hip Hop soul horns. We’re already halfway thru the EP and it’s been one great song after another. After hearing “The N Word” I didn’t think F1RST would be able to out do it. Though not as controversial, “Wonder Why” touches on other extremely hot topics such as police brutality, racial profiling and stereotyping. I really enjoyed this record but it was the video that really brings things full circle.

Check out the visual for “Wonder Why”

Once again, the Springfield talent delivers a solid Hip Hop head knocker with “Legend”. As with “Trouble” I love the sample chops and drum programming on this one. Just bars and an equally harder beat. Again, a solid chorus line is provided and brings us to the seventh and final song of “The I is a 1”,
“Fighter”.  I can’t help but be reminded of the Kanye West record “Homecoming” when I first heard this. FP strips away all the drums and provides a simply piano melody that finds the East Coast rapper venting woes and struggles and gives listeners a record to play when staring into the face of adversity. The added claps, shaker and choir give it a sweet finishing touch. Yet another great presentation.

From start to finish, “The I is a 1” is a solid presentation that profiles both F1RST PERSON’s lyrical and production abilities. Whether it’s Soul based or more along the lines of say Big Daddy Kane, listeners can tell that alot of time and precision went into the creation of this album. The only fault I’ve seen in it was I now would’ve enjoyed a couple more songs on the project! (Laughing). Possibly a reissue later down the line? I strongly recommend this album to lyricist buffs, fans of the late eighties/ early nineties Hip Hop era and to anyone that appreciates material with substance behind it. “The I is a 1” is available for streaming in it’s entirety below.