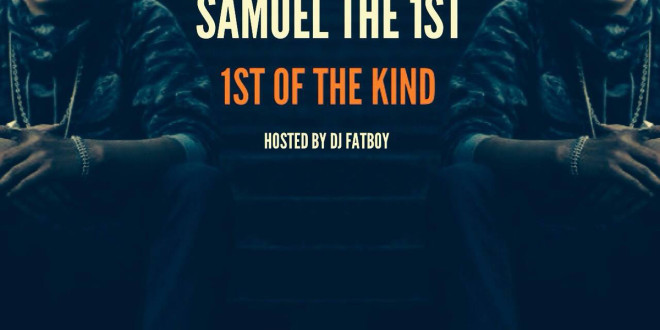 (Album Review)-@SamuelThe1st “First of the Kind” 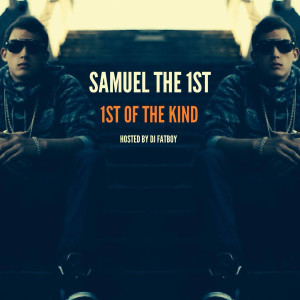 At only twenty-two years old, SamuelThe1st has overcame many of life’s diversities yet remained strong and focused on his craft, as evident on his debut release, “1st of the Kind”. With production provided by the likes of Luke White, Canis Major, Ryan Brammeier & Seeo Beats, the Portland, Oregon emcee fairs quite well in establishing himself as a solid artist. The project hosts a total of eight tracks, with two of those songs already serviced as singles. GYBU reached out to Sam and got a first hand opportunity to do a track by track review of the project. Join us now as we dive head first into SamuelThe1st’s “1st of a Kind”.

Things kick off with the intro track “Rise”, which features some clever horn samples provided by Canis Major. This song’s focal point is based on the hatred & struggles Samuel has faced with his musical journey. It also serves as a theme song for anyone that is chasing their dreams, giving inspiration to rise above the the negativity. I view this song as having a strong Hip Hop influence. The EP then moves onto “First of the Kind”. With some hypnotic production from Seeo Beats, this track is worthy of being deemed the title track of the album. Samuel drops an insane, tongue twisting second verse on this one. The syrupy chorus blends in perfectly and the DJ cuts at the tail end make this one of the EP’s standout hits. “1st of the Kind” weaves back into Hip Hop mode with “Tired”, a record that speaks out from a personal standpoint. You may find that both “Rise” and this song share topic similarities. However, the Portland emcee takes a more aggressive approach here, throwing both middle fingers up to naysayers. As with the last track, the DJ cuts really add to the Hip Hop flare of the song. Luke White is responsible for the Boom Bap instrumental here. Next up is the first single from off the album, “Bring Two”, featuring STRAY Music Group’s own ¢hief and Donté Thomas. If you’re not familiar with STRAY Music or these two artists, you’ve been sleeping on Portland. Samuel had the opportunity to collab with the fellas and they serve a solid radio hit with this one. As soon as the song starts, it screams commercial appeal without being watered down like most radio tunes of today.

“Plane Tickets” is the second single from the EP and once again, Luke White provides a smooth & chilled instrumental that finds Sam kicking game to his female counterpart and opening her up to his “1st of the Kind” lifestyle. The third verse goes hard, just like the second verse of the title track. Without a doubt, “The Proof” is hands down the most Hip Hop influenced record on the album. Luke White is contracted once again to provide the production on this one and he does a spectacular job of supplying the perfect beat. With the lush soul samples and crispy drums, the Oregon lyricist proves his worth tenfold here. “I got sick of the lunch meat/ I got so hungry/ said fuck the munchies and I got to hustling”, this is another standout record of the project. Seeo Beats is up again and provides the soundscape for “Lights Low”.  If there was a third single to be released from the project, this would more than likely be the choice. With a sound carrying Pop appeal, Sam does a good job providing another song for the ladies. To close the EP out, producer Ryan Brammeier & Samuel get cinematic on “Get Ahead”. The song opens up with a sample from the Johnny Depp cult classic movie “Blow”. This final song turns out to be the most personal record on “1st of the Kind”. Sam touches on subject matter that revolves around his family, health, music and life in general. It’s always great to hear artists open up about personal life experiences, it not only helps listeners relate to the music better but we get to learn more about the artist. That’s what helps separate rappers from artists.

“1st of the Kind” was a joyful listening experience. It was smart of SamuelThe1st to debut on the music scene with an EP rather than the typical mixtape route most artist choose to take. The type of projects with filler tracks, remixes of popular songs and poor quality sound. One can tell that Sam put alot of time and effort into the album. My favorite tracks are the “1st of the Kind”, “Bring Two” & “The Proof”. The only critique I can give is that Samuel’s vocals seem to tire out at certain points. With due time and more music added to his catalog, I’m sure he will better address that point and blossom into an artist that can bounce between Hip Hop and Pop hits. “1st of the Kind” is available for streaming below and for purchasing on Samuelthe1st’s Bandcamp page.