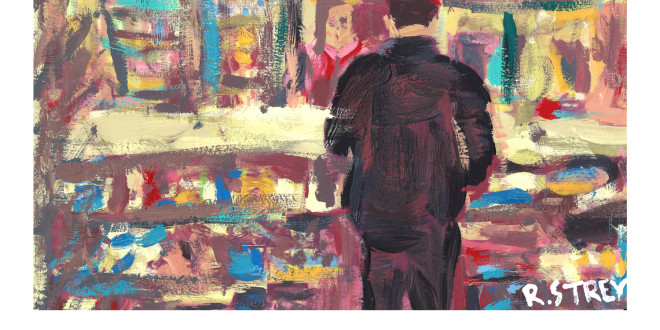 Regardless of how Hip-Hop has evolved over the years, there will always be a few constants. Despite all of the industries’ smoke and mirrors – from rented cars, ghostwritten hits, and inflated YouTube views – there’s simply no faking the funk for calling yourself a true emcee and not having skills on the mic.

One thing that New Jersey’s Rich Quick doesn’t have to worry about is being called out for his mic skills or his credentials. Some of his earliest experiences with music have been teaching himself piano while picking apart the sounds of Coolio’s Gangster’s Paradise when he was 7. Quick certainly hasn’t slept since. Since the release of his debut project, Get Rich Quick, the Jersey upstart has been steadily mastering the tricks of the DIY trade and has built a successful team in his corner. Now older and more refined, Quick has taken his artistry to new heights with the release of “No1” (Pronounced “No One”), the debut single off his forthcoming project, The Everywhere Man, with the UK’s own, Tricksta. “No1” demonstrates Quick’s versatility and storytelling abilities over STANKFOOT’s sunken and head nodding production, which borrows from Ahmad Jamal’s “The World is a Ghetto.” To round out Quick’s artistic expertise, the New Jeruz virtuoso is also the creator for the single’s artwork. The Everywhere Man is set to drop this Spring through Exponent Entertainment. For more information visit RichMFNQuick.com