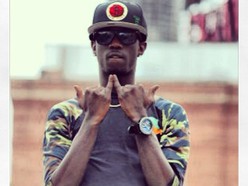 Brooklyn, New York’s Cris Cain is very busy working on his upcoming “Cris Cain America” album and while doing so, decides to drop a pregame project to get things warmed up. “AmeriCain The EP” consists of 6 infectious, anthem powered records that showcase Cris’s musical abilities while paying homage to the streets of Brooklyn. The EP also features fellow Y.F.S. Gang artists Cassanova Chop & Bam Vito, who in part add to the already melodic and bouncy tunes of Cain. “AmeriCain The EP” can be streamed and downloaded for free below.

President, E.I.C. & Content Manager for Get Your Buzz Up - Digital Media Specialist For Independent Artists
@blitzb_60505
Previous (New Video) @Cortez_HSP – Gotta Go
Next (New Audio)-@DollahDae & @itsPlaymaka “Give It All I Got” Prod By @CodaCLS