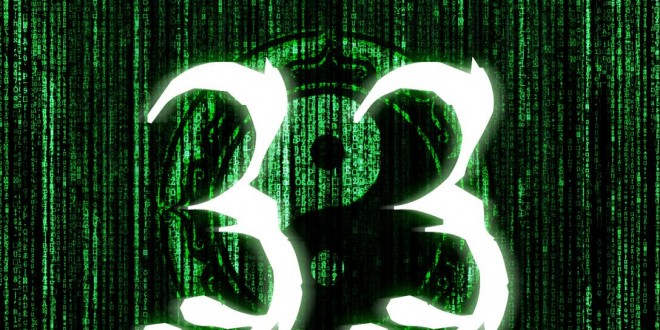 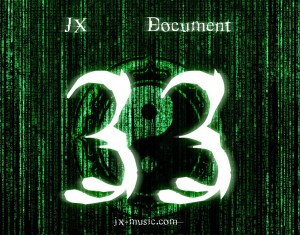 His government name is Julian Xavier Lozano but this Chicago emcee is best known as JX, the multi-syllabic rhyme deliverer that unleashes his brand new fifteen track project, “Document 33”. Recognizing that Hip Hop was initially a politically and spiritually charged movement, he intends to continue in that tradition but with a less conservative message for a new generation. Inner Peace, existentialism, political freedom, non-judgement and constructively releasing and expressing negative emotions are common themes expressed in his music and can be heard all throughout this emotionally driven album.  With limited guest features and a wide variety of producers, JX does a spectacular job of blending melodies and content together effortlessly.

Purchase “Document 33” on CD Baby from the following link: 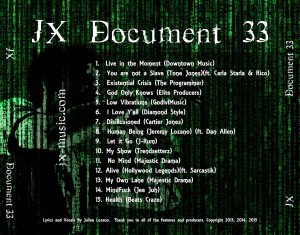