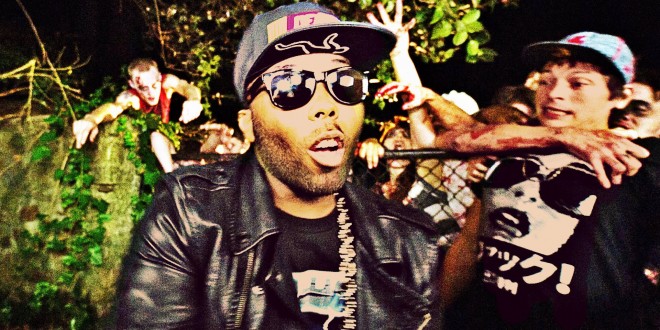 Atlanta, Georgia’s Tom P and Jarren Benton drop a video for their collab effort, “ATL Nightmare”. This is their second collaboration since Tom P featured on, “”F*ck That Sh*t They Drinking”, from off of Jarren Benton’s debut album, ‘Huffing Glue with Hasselhoff”. “ATL Nightmare” is featured on Tom P’s recently released album, “The Preacher’s Kid”. Tom has directed and produced, along with handling; casting, set-design, costuming and prop-design for the “ATL Nightmare” video. He has directed four videos in two months and plans to release a follow-up soon, “Sloppy Seconds”, featuring RITTZ (Strange Music) along with two videos to promote his upcoming mixtape.