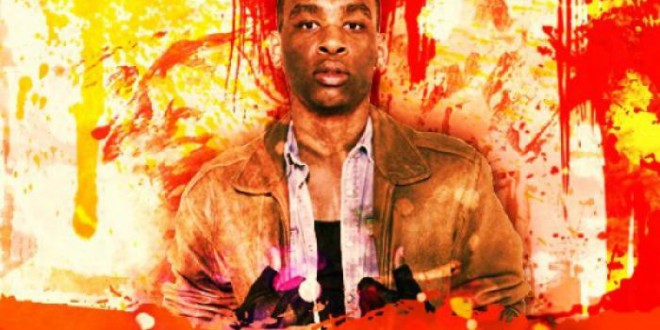 For this edition of our “Buzz’N” iNterview series we are joined by up & coming Texas/New York pop artist Eli Purks. Join us as we get to know more about him and his musical journey.

So Eli, what got you inspired to pursue music and to choose pop as your specific genre?

Ever since I was young I’ve always been into music. As a kid, I loved listening to the radio and watching MTV, BET and the Award Shows. I wanted to be a part of that world full of famous superstars doing what they love. I grew up loving pop legends such as Michael Jackson, Prince, Diana Ross, Madonna, Beyonce, Usher, Justin Timberlake and Britney. So you know, seeing a pop music video like “Crazy In Love” or “Confessions” on MTV back in the day made me want to get into that pop genre.

You were born and raised down in San Antonio, Texas up until the age of eighteen. How did living there affect your music?

Living there didn’t affect my music. Again, it was watching MTV and listening to radio that made me decide, “okay, this is what I want to do”. What really made want to pursue this as a career was back in high school. A few of my friends formed a little rap/singing group. We used to record in the closet and try to find shows we could do.

So you made the move to New York at eighteen and began not only pursuing music but acting & modeling as well. Please talk a little about your quest as a triple threat if you will.

You recently released you debut self titled EP. What influenced you to create and release this EP Eli?

I wanted to make a project to basically put myself out there. I had a lot of things to say and I wanted to experiment some.

You worked exclusively with producer Carl Dennis for this project. How did the two of you link together and how would you explain your guys’ chemistry in the studio?

Well I contacted him a year ago and we discussed the topic of releasing a project to put myself out there. I was living in Texas at the time. We talked about doing an EP for months and he sent me five original beats and I wrote to them all by myself. That’s when the EP came into fruition. As for our chemistry, I would say he is a VERY good mentor, producer, etc. Carl is very honest and very encouraging.

New York is flourishing with talent both artistically and production wise. Tells us Eli, who would you like to work with on an upcoming project?

There is so much talent in New York. So many great producers, actors, singers, dancers, etc. I don’t know who I’d like to work with because there’s so many great people, you know if it happens it happens.

In one paragraph, how would you describe your music and yourself as an artist.

My music is very different from what’s out there. I would say this EP has many different styles of music, it’s very organic and they lyrics are all mine. That’s what makes the project so unique, I did it all on my own. As an artist I love to experiment. I enjoy going to concerts to study what the performer is doing and how they interact with the fans,taking in every bit of knowledge and learning. I don’t care what people think, I do what I want and I say what I want and as artist you shouldn’t care about the criticism you should do music because that is what you enjoy doing.

Eli, where can we find you online?

You can find me on Twitter @Eli_Purks. Then basically all you have to do is type in my name on Google to find info on me and blog postings, etc. However, to check out my music you can go to https://elipurks1.bandcamp.com/releases or my Reverbnation page at Eli Purks.

Well it’s been fun getting to know you more Mr. Purks. Before the curtain closes, is there anyone you’d like to thank or shout out?

I’d like to thank anyone reading this interview and those checking out my music. This is only the beginning and it’s only going up from here. I’m going to conquer the world and thank you to Get Your Buzz Up for interviewing me and getting to know me.

Eli Purks made the decision to chase his dreams and is a prime example of what it takes to make those dreams into a reality. We’d like to thank Eli for joining us today for this “Buzz’N” iNterview. Please make sure to pick up a copy of his self titled EP today and keep an eye out for updates from him via his social media outlets. Until nexrt time buzzers, bee easy…