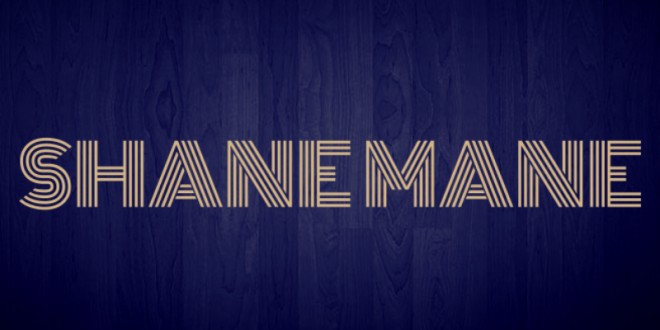 He’s gaining huge notoriety for his recent hit single featuring Ceven titled “Hello” and for his over the top live performances. He’s also been featured on sites such as The Source, Kevin Nottingham and In Flex We Trust. Ladies and gentlemen, GYBU is pleased to be joined by Milwaukee’s own Shane Mane for this edition of our “Buzz’N” iNterview series.

It’s a pleasure having you with us today Shane. So for starters, were you born and raised in Wisconsin, because you rep Milwaukee hard in your music.

Yes, I was actually born and raised in and around Milwaukee.

When did you get into making music and what inspired you to start pursuing it seriously?

I started making music at the age of 12, which started with a guitar. I wrote my first rap when I was around 11. My childhood best friend, Chris Parrish and I would freestyle for hours, I then started writing. We used to rap battle crews. I would always do the rapping and Chris would beat box. Usually by the time I was done rapping and it was the competitors turn they would just freeze up after me and be like, “nah, I’m not following that.”

Aha, that’s a strong sign that you had skills. Is Shane Mane your actual real name or just for the stage?

Just a stage name, I was born Shane Cook. All my friends added on the “Mane”, it was always like “what’s up Shane Mane?” or “what up mane?”.

The emotions that are repelled thru your music are full of energy and hyper driven. Such as the rock driven anthem “Put Em Up”. Who produced that track and what’s your formula for creating tracks such as this one?

Upload your music for free at ReverbNation.com

My formula for success is not putting myself in a box or trying to label my music. That track was produced by Kyle Thomas of Tofino Sound. That’s one dude who gets me. Meaning I will have something in my head, you know, I can hear the track and the music before its laid down and Kyle produces it exactly the way I heard it before it was ever recorded. Total chemistry with that guy. He really has a feel for where I want to be. I like to infuse a little rock, & a little R&B into my hip hop.

You’re all over sites & blogs right now like the CNN iReport Music spotlight and the names we mentioned at the opening of the interview, congratulations on the success! How important do you feel it is to properly market your brand online?

Thank you, it’s crucial. You have to find a way to get your music to the people. It’s not easy but its all about surrounding yourself with people who know what they are doing. My manager Shah Evans out of Madison, WI, knows what he’s doing. I don’t ever have to second guess anything because I know its handled.

Speaking about your online presence, you have a huge hit on your hands right alongside a dope Youtube video. The song features Ceven and is called “Hello”. It’s also known by a more risque title, “Thong Song”. Talk a little about the theme behind the record and about how you linked up with Ceven.

Ceven and I have been making music together for about 5 years. We started a group called Sir Carter Patrick. We were the headline opening act for shows such as Wiz Kahlifa, Currency, Ghostface Killah, Twista, Three Six Mafia, Bone Thugs N Harmony and a bunch of other acts. Prince had First Avenue. We had the Eagles Ballroom. It’s the largest concert venue in the United States as far as volume of shows. We were playing in front of 5,000 people at a crack. When your playing to crowds that size, you really form a tight bond with the people you perform with. So when Sir Carter Patrick broke off, Ceven and I just kept going. Ceven is another person who gets what I’m trying to do with my music. As far as “Hello”, we were really just trying to make a fun yet gritty club track that wasn’t sugar coated in any way. The track had actually been around for a few years, but when we launched the video recently, it just kind of blew up. I think there were like 5,000 views the first week. We filmed it just out of Milwaukee in a little town called Hartford. Some of the local folks kind of went nuts when our girl Katie, pulled that thong down a lil bit.

LOL, I have to admit I was digging that part of the video! So with popularity of “Hello”, what’s up next for you musically Shane? Do you have another single in the works, maybe a possible album?

Yes, Ceven and I are in the producing phase now. We’ve pretty much avoided the record labels up till now but we’ve been approached and have a meeting in New York with a major label next month. Keep your fingers crossed. I still think independent is the way to go, however, record labels can give you more exposure and get you placed in some markets you wouldn’t have been able to sneak into on your own.

If you could explain your music in only one sentence, how would it go?

Where can our readers go to find you online?

They can Google me, I’m all over the place. I’ve been in The Source, I have a spread coming up in XXL. Check out the video for “Hello” on Youtube and be on the look out for our next video for a track called “47 Ways”.

No doubt, we definitely will keep an eye out for it. Well, Shane it’s just about that time. Before we cut out though, would you like to send out any shoutouts?

To my entire team, Ceven, Shah, Max Payne, The Eagles Ballroom/The Rave. To my boys Gumby, Justin Hale, NRG, DetNate, and M80. To my wife and kids and a big shout out to all the lovers and the haters. Skate or die!

Well it’s been quite a ride rolling with Shane Mane for this edition of our “Buzz’N” iNterview series. Make sure to stay plugged up to Shane online for new music and updates. We would also like to thank Shane for dropping in and talking with us today. This is GYBU signing out…