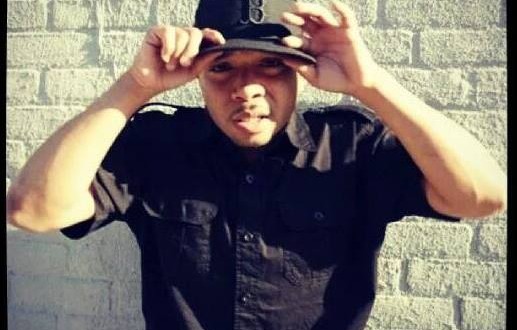 For this edition of our “Buzz’N” iNterview series we get to chop it up with New York emcee, blogger & CEO of Gritty Lyf Music Group Nobi. Having worked with a plethora of artists over the span of his career, Nobi has lived the Gritty Lyf tenfold. So without further ado, let’s get into it.

For starters, we’d like to thank you for taking part in our interview series Nobi. Let the readers know a little bit about yourself and where you’re from.

What’s good world? If you don’t know me I go by the name of Nobi. Artist, CEO & general of all things Grittylyfmusic and the city where I reside is the greatest city in the world: New York Gritty. I been doing this music thing for a long time now, been featured on everything from local to global projects, you know? Just out here working, trying to build a castle out of a single grain of sand you know.

Being from the mecca of hip hop, how do you feel about the current state of music and New York’s position within the industry?

I think the industry is in a good and bad state. Good because hip hop used to be 4 core elements which are graffiti, breaking, emceeing & DJ’ing. Now we can add entrepreneurship to that list because the doors have been opened up and have enabled us to make more money than we ever have. It’s also allowed young kids from the ghetto, some with no formal education, to sit in on multimillion dollar meetings and be a part of that. It’s a beautiful thing but it’s also bad because we’ve compromised the actual art form at the same time so it’s really a thin line between the good and the bad but overall I feel we need a complete balance cause things are definitely loop sided.

As far as New York is concerned, there are still great artists out here and it will come back around when it’s time. We dominated the 80’s and part of the 90’s. Dr. Dre took it to the west, Biggie brought it back to NY and a few people have brought it to the south.. I’m not a complaining type of New York artist because I understand the cycle and respect it, feel me? You can see lyricism making a come back to the mainstream so I feel there’s a shift on the way. The system is intact and I feel like once people realize that, they’ll complain less and make more music.

Let’s talk about the single/ video you dropped last year, “Lyf Is But A Dream”, one of my personal favorite songs of yours. You get quite deep on this record touching on subjects such as lost comrades and your daughter. Why did you decide to create this song and open up so much for?

I know I’m a new artist to a lot of people but to some I’m not. To those that follow my movement, they know I’m big on personal records and opening my doors to the people. I’ve been doing that for years but that record in particular like, I was going through my own personal shift where I just got to a point where I had to ask myself, what are you living for? This day to day get by, hanging out, drinking and doing nothing with my life shit or am I going to push myself to create a better life for my daughter so she can have the best of everything that life has to offer? We’re going to go with option B. I just honestly feel like if having a kid doesn’t change your way of thinking then your just a lost cause you know? I spent my entire teenage years hustling on one block. I just want to travel and enjoy this life thing cause it’s really bigger than the daily shit that goes on in the hood. That’s why I called it “Lyf is but a Dream” because I feel like at some point we gotta wake up and get it together. Some of us will never wake up cause we keep hitting that snooze button but me, I know life is short so I’m on a mission, I’m wide awake.

You have an extensive song catalog. With twenty-five mixtapes and 8 projects under your belt, I feel it’s safe to say you’re a seasoned artist. What does it take for an artist to stay creative and continually reinvent themselves? What did you draw from, creatively speaking, to keep your music & yourself relevant over the years?

Everybody has their own process. For me, I can’t explain it. I’m just one of those people who does it like it’s second nature. I really think the key is not being afraid to try different approaches and different types of music and you have to listen to all music not just rap. You just gotta be open to every and anything because I definitely know for a fact there’s a difference between being a rapper, an emcee and an artist. I also think it helps that I’m not a “bring hip hop back” kind of artist. I’m a music lover, I’ll do a song with Miley Cyrus, go to Chicago do one with Chief Keef, burn an inscent and make a dope record with Talib Kweli. I’m just well rounded musically.

You’ve worked with artists such as Krs-1, Tragedy Khadafi, Joel Ortiz, Havoc (Mobb Deep), Royal Flush & Sean Price. You’ve also worked with producers such as Scram Jones & Boola. For artists coming up in the game, what sound advice can you offer on how to approach established artists and producers for verses and production? Alot of people tend to have a bitter approach to this topic and/or resort to the infamous spam technique.

Well one thing I don’t do is spam. That shit is annoying to me so I can imagine how the big dogs feel. But for the most part I connected with all of those situations outside of the internet. I’m a firm believer in building relationships because I was doing this when there wasn’t a free download and we actually had to get out there like foot soldiers and put that work in. The best thing about working with all of these people is that I didn’t pay a single dime. Scram Jones gave me a beat cd when I went to his crib to record a verse for Tragedy. These situations are organic and people dig me as a person cause I’m just me; not over thugging, screw facing etc. Plus they all thought I was talented so they worked with me. I actually almost got signed in 2007, I was working with Timbaland’s main artist at the time, D.O.E. We recorded 2 albums together, which we were pushing to Koch Records, and everything was going good but me an D.O.E. had some issues.

See I’m a loyal dude and he wasn’t digging my right hand man and he wanted me to leave him out of the situation we was dealing with. So me being the man that I am, I just got up and walked away from the whole thing all together. A possible record with Timbaland, a record deal and who knows what else. That’s me, integrity over everything.. Actually, G-Unit’s 1st lady, Precious Paris, came and took my spot after I left, shout out to her. I could go on and on with some stories but for the most part I’m big on building relationships outside of emails, tweets and things like that. I would advise any artist that wants to get connected to people of importance, turn your laptops and phones off and shake some hands bruh.

Speaking of artists on the come up, your latest video with Louie P, “Top Spot”, touches on the new era in the music industry. Could you speak on the direction of the video and why songs/ videos such as these are key to keeping the culture pure?

I think it’s always important to get back to the root of everything after a while. We always start off hungry, make some money and begin to live a life we always wanted. But in that time, we can stray away from the the principles that put us in that position in the first place. It’s stripping yourself of everything you are and just going back to what got you your recognition: Skill. It also brings balance to the system. If everyone’s talking about this I’m going to talk about that. I always try and fill voids and when Louie P and I did that record/video, we were just trying to fill a certain void because 9 out of 10 of the videos in rotation at that time were flossy or super “I’ll kill your whole family” gangster. So we decided to go the hip hop/skills route with that one. You know, it’s important to always have some kind of balance, like they said in the movie “Godzilla”,” He’s here to bring balance.” Fuck shit up and leave…

You’re last project, “IneGRITTY 1.5”, clocked in over 19,000 organic downloads. Congratulations with that first and foremost. But, there have been rumors circulating that you’re pouring everything into a few upcoming projects and then your hanging the hat up. Is this true Nobi and if so, please explain why.

Thanks and by the way, we hit that 20k mark last week. It’s a beautiful thing. Yeah it’s 100% true, I’m working on a few side projects but my main focus is on my next and final 3 solo projects which will be “Integritty 2”, “Integritty 3” and “Nobility”. It really has nothing to do with anything else but the fact that I’m getting older and I’m finding interest in new things. I gave my whole life to hustling on the streets and making music. I’m just ready for the next new chapters in life. I’m going to always do features and things like that, maybe even a single here and there, but these are my last 3 solo Nobi projects and I’m working like I have a 6 million dollar budget to create 3 back to back classics which is rarely done. I’m going to do it and I’m going to make sure if this one did 20k, the next one will do 40k and the next one 60k and so forth. Just leave a mark in the unsigned world as one of the best who ever did it.

Social media time, for those of us that get to experience your entertaining Facebook posts, where else can the viewers find you online?

Lastly, would you care to give any shoutouts or thank yous?

Shouts to everyone who has been rocking with me from back in the days up to now. Hopefully I’m everything you thought I would be and thanks for taking the time to read this.. Grittylyf over everything…

Gritty Lyf Music is more than a movement, it’s a lifestyle as conceived thru the eyes of a truly gifted and talented man by the name of Nobi. Make sure to download “IteGRITTY 1.5” and to stay tuned for Nobi’s upcoming projects as they are released. GYBU thanks Nobi for falling thru and letting us pick his brain. That does it for this installment of GYBU’s “Buzz’N” iNterviews. Peace