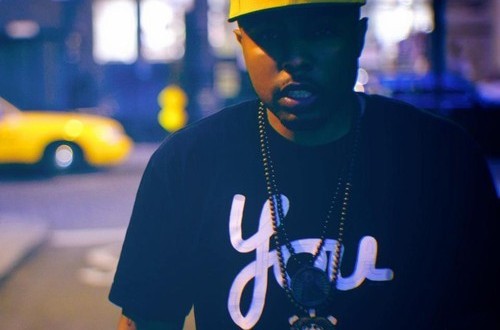 What’s up Buzzers? We’re back with another installment of our “Buzz’N” iNterviews and it’s with New York emcee Jemyle Jones.

What’s good Jemyle? Please share with our audience who you are exactly and your musical style.

I’m an enigma, I do it all from videography production to engineering to promotions in my own right. I’m a fully functioning business just without capital, for now.

You’ve been involved not only in music but in the industry since your teenage days. Being blessed with an opportunity to perform for an A & R from Duck Down Records in 96 and also were signed to DMC of Run DMC’s label “Rags 2 Riches Records”. Being exposed to this early on, do you feel it gave you an edge as far as knowledge of the game and connections within the industry?

I was never signed to Rags 2 Riches but the brief time I spent there was a cool experience. I learned a lot and though I’m no longer associated with them, I do wish the best for anyone I’ve connected with.

Who would you say are your musical influences, artistic and production wise?

I actually listen to far more R&B than I do any other genre. I tend to listen to whatever connects with me and has a soul.

How did you link together with producer Sean Ross and could you explain the creative process behind your works?

Sean Ross is an amazing producer who first heard my music on youtube after I remade one of his remixes to a Lil Wayne track. I can’t recall the exact track, but he reached out to me and sent me beats; our rapport started from there.

“Timeless Jones” is a song/video you’re well known for online. Could you talk a little about that song and its concept?

“Timeless Jones” describes the way I live my life. The video was to show a glimpse of what a normal summer day felt like for me.

You’re currently signed with Rich Government, an indie label ran by Darnell “Jaxz” Smith. What do you feel are the benefits of signing with an indie versus a major label?

I wouldn’t necessarily say there is a benefit of choosing one over the other, but it all depends on what direction you want your career to be in. I’ve been working with Jaxz to build Rich Government as a brand and it’s a work in progress a lot of hard work goes into this as an artist and businessman.

You’re currently pushing the ultra soulful single “Meditation Art”, which was produced by Danny Goncalves. Is this a track featured on an upcoming project?

I believe it may just be a single on it’s own. The track is actually about a year old and I plan on releasing the video to it as well.

What can we expect out of you musically and/ or business minded in 2014?

I plan on releasing a project in the near future and getting back into film production.

Where can our audience find you online?

Lastly, would you like to give anyone thanks or props?

I thank God for it all.

Jemyle Jones, an emcee that creates classic hip hop records. Make sure to go download “Meditation Art” from off Jemyle’s Soundcloud page and stay focused in on more from the Jamaica Queens native in 2014.