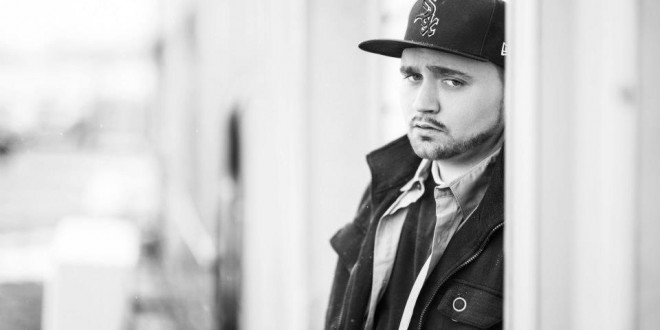 The mixtape game has put a strain on hip hop artists trying to sell albums. With so much free music available in an already saturated market oft times great music gets left on the shelf. Springfield, IL recording artist Vinal decided to take the road less traveled and deliver his solo debut album “My Gift, My Curse”. The album features 15 tracks of all Vinal, there isn’t one feature on the project. With so much of one artist on display there are glimpses of both the potential and places to improve upon. Vinal spits with a punchline heavy flow and nasally voice reminiscent of early Eminem minus the vulgarity.The album is anchored by production from some of the biggest names of the internet age including Vybe Beats and Jon Frost.

Tackling subjects most of us experience on a daily basis that include fatherhood (Zoey’s Song), intimacy issues (Couldn’t Love em Back), and the pursuit of the almighty dollar (Bitter Sweet), Vinal does so with sincerity and an accountability not often found in hip hop. Not to say that the album is soft either. With tracks like Right Now, Fuck Em All, and the bass heavy 8.0.8 it bangs in the ride or at the club. The old saying that there can be too much of a good thing comes to mind after a few listens, as there are points where Vinal’s voice comes off as monotone and slightly disengaging. Overall strong songwriting and the ability to craft good music show through on this Midwest emcee’s first foray into his burgeoning solo career.

Check out the video to the “My Gift My Curse” single “No Way”.