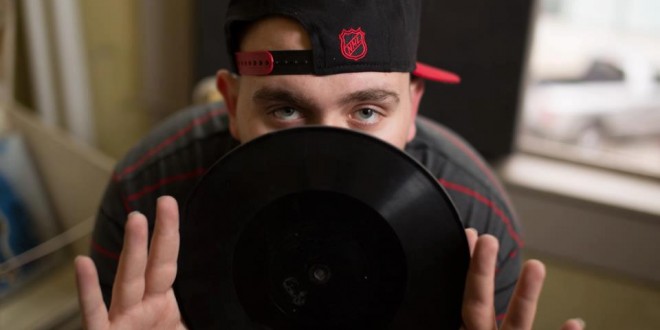 (Q.) Whats up? Tell the people a little about yourself.

(Q.) Springfield, IL isn’t exactly known for its hip hop. What can you tell us
about the local scene?

(A.) Springfield is very over looked when it comes to hip hop. All they think of when they hear Springfield is President Lincoln. An A&R asked me if we had dirt roads. lol But the scene has improved and continues to do so, it’s not that no artist has had the talent, there just hasn’t been one with the formula. That’s what I’m trying to create.

(Q.) Being raised in the Midwest allows a unique perspective on music, tell us
about some of the music that has influenced your style.

(A.) I’ve listened to it all. Either geography never really played a big role or people in the Midwest like everything. i loved Eminem’s music growin up. DMX ,Nas,Tupac, and I love that southern sound to, and think that’s what makes me different. You never know what type of shit I’m going to drop next, and truth be told neither do I. lol

(Q.) With an album already with national digital distribution (“My Gift, My
Curse”), let us know what’s next for Vinal the rapper.

(A.) I’m trying to get paid. lol I’m rocking Mardi-Gras in Baton Rouge, LA March 1st, and hoping to drop my next project by September. I’m also trying to put together a mini-tour, nothing big, just around the midwest and that’s all I’m willing to let out right now. Everyone will just have to stay tuned!

(Q.) Word on the street is you are looking to build a label, can you elaborate?

(A.)I’m building more of an entertainment agency. We’ll have something for everybody; artists,venues and even models. Music will be the main focus though. Me and my associates still have some i’s to dot and t’s to cross but you’ll hear about it soon.

(Q.) Who are some of the producers that you are looking forward to working with?

(A.)Timbaland, Mike Will, Dr. Dre and Mannie Fresh. I’m probably forgetting some, but off the top those are some cats I could tear some shit up with.

(Q.) You recently forayed into the battle rap arena. Is that something you are
considering doing again?

(A.)I’m not going to say yes but I also don’t want to say no. A lot of people have asked when my next battle will be, but I’m focused on the recording side right now. Maybe after this next project drops they can start sending me victims, until then I’m focused on the task at hand.

(Q.) What does getyourbuzzup mean to you?

(A.) it comes across to me as a motivator. The name itself says, “get it together” and every artist I’ve seen on here has there shit together and so do the writers. I like it I read it.