Swift Isael is taking the time to seize the moment. Mooskie’s “Track Star” single is burning up the streets and Swift decided to throw his name in the ring for top remixes with his “Rael-Mix” of the current chart topper. Taking the stance of of a trapper, the Springfield, IL native/Jackson MS resident lays out the ills of succeeding in …

END_OF_DOCUMENT_TOKEN_TO_BE_REPLACED

Dirty Da Don has solidified his spot as one of the hardest working men in the rap game. Presenting his Quarantine Lockdown project, finds the ever-grinding CEO/MC release a trio of new videos with “STFU” from 2020’s Project Legendary 5, “Switch Up” and “Everythang Business”. Stay tuned to @project_entertainment21162 for new content and releases. Check out the entire Quarantine Lockdown mixtape …

END_OF_DOCUMENT_TOKEN_TO_BE_REPLACED 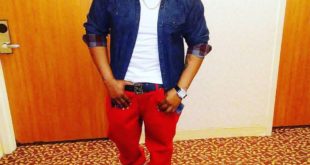