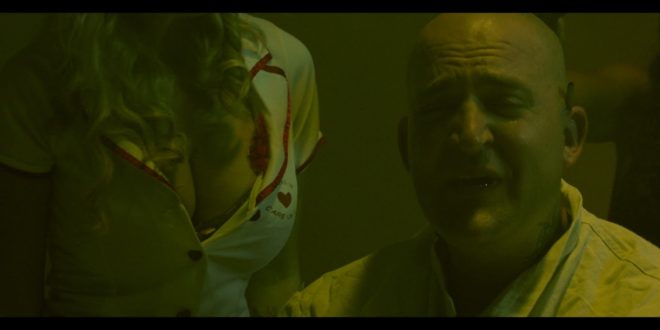 Strapped in a stray jacket, Adjnamedroach fights to regain sanity in the video for “Don’t Come For Me” – @adjnamedroach

For his latest release, Florida-native Adjnamedroach unleashes a new gritty visual titled “Don’t Come For Me” directed by Elan Brooks of Sentry Studios. It’s part of a series of videos Roach plans to put out in 2019 and perfectly demonstrates of how far he’s come as a writer and performer.

President, E.I.C. & Content Manager for Get Your Buzz Up - Digital Media Specialist For Independent Artists
@blitzb_60505
Previous Zay’Marie sets fire to the dance floor with the high energy video for “I Got That” – @zaymariemusic
Next DJ Nana sets the mood for chilled vibes with the I.JAMES.JONES and Phoenix Pagliacci featured, “Set Me In Motion” – @deejayNaNa