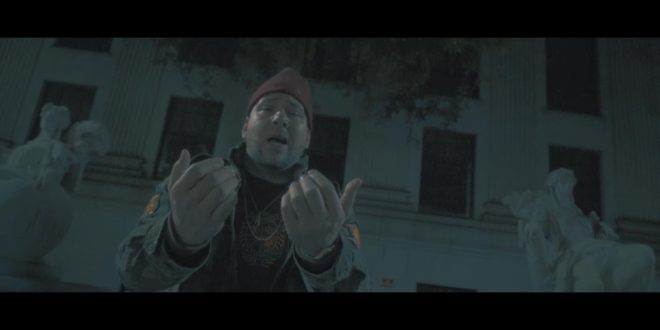 AWAR creeps thru the alleyways and dark city streets for his super grimy video, “The ’87 Getback” – @AWAR

AWAR has dropped a bevy of feature heavy singles and grimy videos from his “Spoils of War” album so far. He’s traded bars with some of Hip Hop’s most legendary emcees such as Jadakiss, Styles P, CyHi the Prynce, Scarface, Anthony Hamilton, Raekwon and Cormega. He’s also annihilated production from The Alchemist, Nottz, Jake One, Statik Selektah, Lex Luger, Showbiz, Lord Finesse, Vanderslice and more. His latest is a new video for “87 Getback”, which is the exclusive B-side to the “Bricks Like ’86” single that features Jadakiss and Styles P. Tap into the rawness on YouTube.

President, E.I.C. & Content Manager for Get Your Buzz Up - Digital Media Specialist For Independent Artists
@blitzb_60505
Previous Toon drops the street heavy anthem, “Only”, informing folks they’re not the only one deep in the game – @Toon_CLB
Next VA duo Kwan-Chi and Gee Smiff are 2 “P.M.F.” that stay with a women or three – @Kwan_Chiii