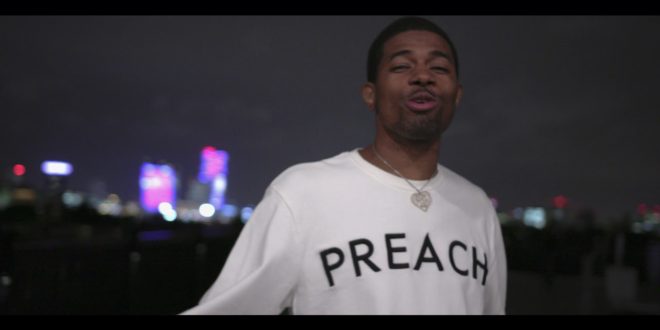 Sy Mosquiat’s trying to touch a mill and understands the rules of the game, watch him move in “Mood” – @SyMosquiat

Building momentum from his “365 Days of Grease” campaign where he has been dropping a new freestyle everyday of 2018, Philadelphia lyricist, Sy Mosquiat, releases the official music video for his Cormil-produced track “Mood.”

Featuring Tune Skywalker, “Mood” appeared on Sy’s 10-track Grease album which dropped back in July of this year. Reflecting on frenemies while doing just a bit of flexing, Sy Mosquiat maneuvers around the city with his team in the Lay Tahir-directed visual.

President, E.I.C. & Content Manager for Get Your Buzz Up - Digital Media Specialist For Independent Artists
@blitzb_60505
Previous LDE Whyte splashes a colorful, NyteVision of ShutterKingz video behind his track, “End To End” – @LDEWhyte
Next Spice 1 gives the green light to his latest signee, Interstate Tax, to unleash his “Foreign Plug” visual – @Interstate_Tax