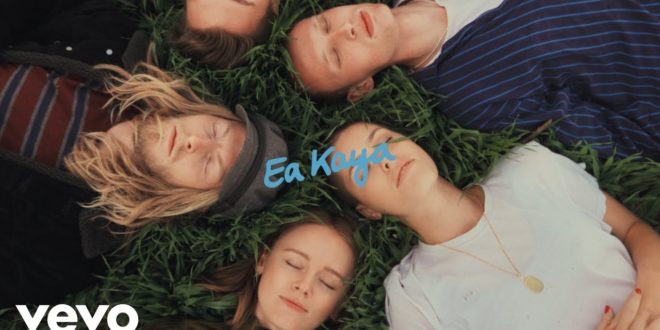 Following the critical success of her recent releases ‘Remedy’ and ‘Tied Up’ this year, Ea Kaya (the moniker of Danish singer Christine Kiberg) bursts back onto the scene with her outspoken, future-pop gem, “Don’t Complicate It”.

Continuing to define herself against the pop landscape with her frank, outspoken wisdom on sex, love and human nature, the young Copenhagen-born singer/songwriter balances a superb vocal performance with spiky melodic pop hooks and a tendency to call things exactly as they are. Her cry of “Don’t complicate it, I’m already complicated” is sure to win wry smiles of recognition everywhere.

Ea Kaya breathes new life to a Danish scene that’s already beamed the likes of superstars Mø, Zara Larsson and Sigrid to our shores – however it’s her frank charm and punchy charisma that makes her such an exciting new proposition. Already picking up acclaim from heavyweight tastemakers incl. HIGHSNOBIETY, DUMMY, C-HEADS and THE LINE OF BEST FIT, they’re united in heralding one of the most intriguing new talents in the genre.

Still just 22, Ea Kaya is fast making waves as Denmark’s most exciting future-pop prospect; now with her first London shows set to be confirmed, it’s feeling like the UK is about to get seriously involved.