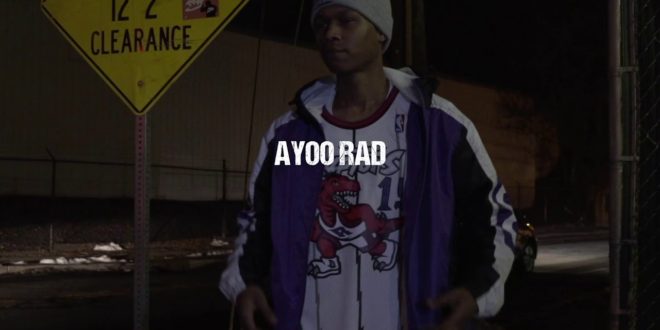 Following up the release of “It Begins With This”, New Jersey recording artist Ayoo Rad shines bright under the provision of DJ Jayhood’s Bad Ink collective. Check into his new visual single, “I Heard”, consisting of the young homie flossing up in the Lab alongside his homie Jay P. Inspired by a fusion of big names such as James Brown and Future, Ayoo Rad is quoted as saying he has “20+ hit singles ready to be released”. With a big number being boasted, “I Heard” can be considered the beginning of Rad’s 2018 flood. Biggup to TruLight Films on the editing and shooting of this record.

President, E.I.C. & Content Manager for Get Your Buzz Up - Digital Media Specialist For Independent Artists
@blitzb_60505
Previous NatraAverage, Sy Ari Da Kid & Rama speak about the plight of falling for “Potential” on this trifecta collaboration – @NatraAverage @SyAriDaKid @​TheOfficialRama
Next On his new single “Hollywood”, Michigan rapper AlexZander details exactly how his life is like a movie – @WhatsUpAZ