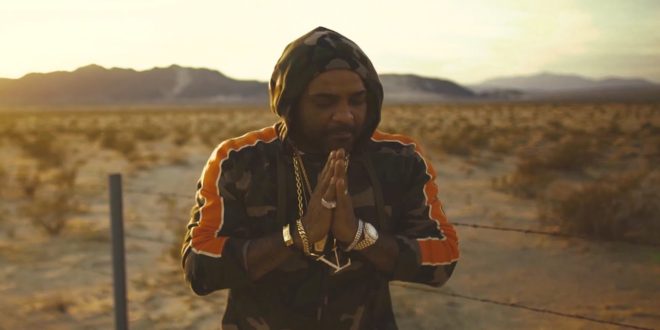 “Epitome” sees Jim Jones heading back to his mother’s house, which tragically burned to the ground on Christmas morning in 2017. The Shula The Don co-directed video begins with a clip of Jim Jones outside his mother’s home with the fire department behind him, attempting to put out the blaze. “The best gift of all is my family is together and everyone is safe. You just have to count your blessings,” Jimmy says.

The Dipset spitter also detailed the inspiration behind the SmittyBeats-produced “Epitome” to Billboard (also credited on the Carter’s recent album). “It’s one of the more personal songs I did off of my album. It talks about my hiatus and them trying to blackball me,” he says.

“My mom’s house burned to the ground on Christmas. So the video is a direct reflection of what I’ve been going through night and day, but somehow I find the strength to keep it moving,” the 41-year-old adds of his persistence in life. Feel and experience the struggles and pain of Mr. Jones below.

President, E.I.C. & Content Manager for Get Your Buzz Up - Digital Media Specialist For Independent Artists
@blitzb_60505
Previous Ahead of his “Rhodes to Rome” album, Nomis debuts the Joe Ayinde featured “Theory of Self” – @NomisHipHop @JoeAyinde
Next Gavin bids all “Bon Voyage” as he blasts viewers away in his latest visual work of art –